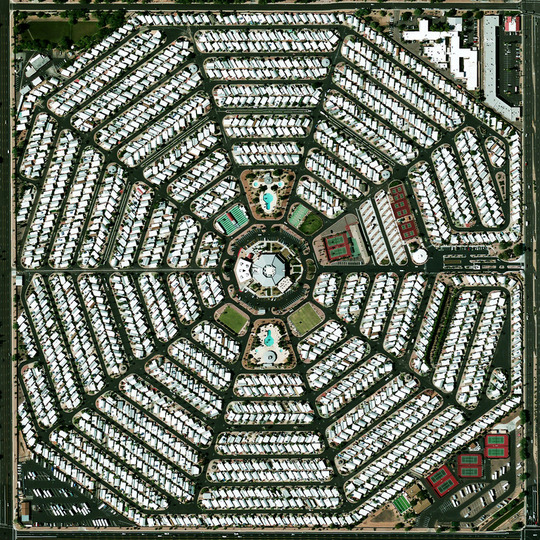 When I were a lad, the five-year-gap between the first and the second Stone Roses album was an almost mythic thing, a part of their legend. Post-Chinese Democracy it's maybe a bit less impressive, but even so – a band spends that long away and people notice.

It’s remarkable, then, that it’s somehow been EIGHT years since the last Modest Mouse record. Remarkable because that’s a long time. But more remarkable for how unremarkable they’ve made their absence seem: there’s no great story there, they’ve continued to play gigs and debut songs, and all thing considered their return is pretty low key. They lost their founder bassist Eric Judy, fannied around with multiple producers, recorded with Big Boi and Krist Novoselic, but there’s no one thing responsible for it: they just took eight years to make a pretty Modest Mouse-y Modest Mouse album.


Strangers to Ourselves, then, is unmistakably the work of Isaac Brock and co. From the iridescently splashing guitars, propulsive, almost disco-like drums, elaborately layered backing vocals and Brock himself, his voice a warring, baffling, thrilling mix of vulnerable crooning and hillbilly rage, it is one huge, 15-track slab of Mouse.

Considering the volume of guests and producers involved with Strangers to Ourselves at various stages on the way, it’s strange how homogeneous it all feels: dense and chaotic, but without the emotional extremes of The Moon and Antarctica, the big pop songs of Good News for People Who Love Bad News, or We Were Dead Before the Ship Even Sank’s broader musical palette – there is no danger of a ‘Parting of the Sensory’ or a ‘Spitting Venom’ here. Characterful as Modest Mouse remain, their new album is lacking a certain sense of its own character.

What’s both slightly frustrating and mostly reassuring is that the ‘default’ Modest Mouse sound is – broadly speaking – wonderful. There’s nothing tired or jaded about Strangers to Ourselves and the music doesn’t lack character per se, just definition as a set. The unexpectedly gentle, cello-driven title track is a fine opener made finer by its deft spin into ‘Lampshades on Fire’, the lead single and most undeniable moment, an immaculate ranty pop song in the lineage of ‘Dashboard’ and ‘Float On’ with a slick, seductive disco-reggae undercarriage that’s nigh on irresistible. After that, the quality remains firm, but there’s a sense that the order of the remaining songs doesn’t especially matter, and pretty much anything here could be slotted into onto any other Modest Mouse album.

But again, that’s not to actually says there's any problem with the songs: ‘The Ground Walks, with Time In a Box’ is thrilling, an almighty swamp disco blowout; the strung-out ‘Be Brave’ is bug-eyed and brilliant, with Brock roaring with a strange mix of fear and anger that probably nobody else, anywhere could produce; the campfire strum-a-long ‘God is an Indian and You’re an Asshole’ is a silly/serious dabble with country that really leavens the record’s last third; the slow pace and heavy psychedelic guitars of the final three tracks give the record’s close a bit more of a sense of character than its bulk.

Modest Mouse have written 15 good tracks that don’t amount to a great album. Maybe we'd hoped for a bit more, but this most casual of bands have hardly overhyped their return. It is, at the end of the day, good to have them back.