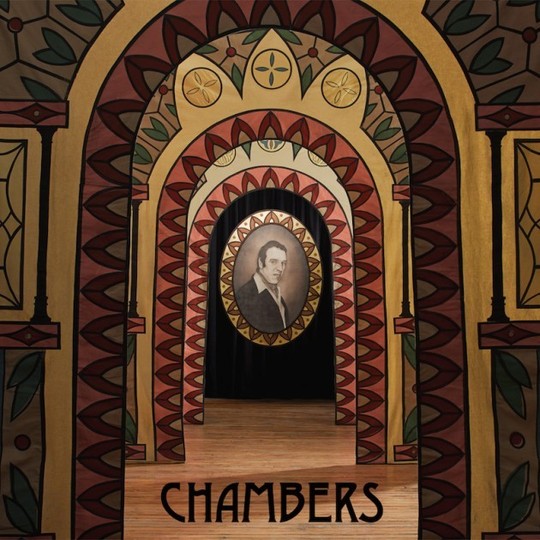 Chilly Gonzales refers to himself as a musical genius; reasonably – and amusingly – so. He knows his eggs, knows more about the history of musical composition that most (combined). He’s well schooled and so he breaks the rules... as you’d hope.

New piano and string quartet album Chambers (ie, chamber music) is another set of rules broken, beautifully, and another road sign to his own place in musical history. It's the latest lesson from Chilly the professor, teaching his students about the past while highlighting how this centuries-old form threads into the present. The man knows so much he could have been an expert witness at the Pharrell/Thicke case but he would have kicked it out, tinkering the track on the piano to show that ‘Blurred Lines’ heritage doesn’t start and end solely at ‘Got To Give It Up’.

Chambers is a beast. A glorious black hole of modern romanticism. Play it as Satie would suggest and let it be pleasant background music, or let this take you over. Playing without granting it attention is hard though, and perhaps a better approach to Chilly’s solo piano albums, because here the string arrangements prevent this from being music as wallpaper. ‘Prelude To A Feud’, as Gonzales himself acknowledges, is arpeggio madness a la the modulation of his Daft Punk fraternity. You can hear his role in Daft Punk's own ‘Within’ from the first note of this song. It’s almost a slowed down version of the aforementioned, before it decides to languish in a baroque regality. The piano dissipates softly and the violins classically conclude, returning and the resting on the fifth. Conclusions are important in 'Chambers'; each song rounds off so satisfyingly, like the first step through the front door home.

It's hugely playful as well. The opening of ‘Advantage Points’ stabs with swagger. If the chamber quartet were synths we’d be listening to Drake… and then it becomes an exercise in minimalism. Like a Philip Glass major movement it unfurls before, again, resting and concluding with a motif. Sure, the playfulness can be a distraction. Chilly’s persona invites you to project the modern over this, and ‘the now’ is a large influence but, for example, ‘Sweet Burden’ is magical when left to its own devices. Here syncopated bass and treble piano notes drip, as the first spits of rain, into chords. Its emphasis and touch is every bit as romantic as ‘Clair De Lune’. When a sole violin establishes itself to saw away into the piano, you hear the timbre of the bow on the strings. Its accompanied at points by further violins and escalates only to ember immediately. It constantly grows and recedes.

‘Freudian Slippers’ mesmerises; the ornate twirls from major to minor are suspended by held notes, as though stuck, a form of musical acrobatics. Piano hooks pump out like clipped vocal samples, ready for Neo and there’s a wonderful fugg around this. The day glow aura of pop and r’n’b lurks as a presence beneath each piece.

But this is composition through and through. ‘Solitaire’ is a balls out piano-piece, an interlude, and one that has all the pre-requisite trills. If there was one thing this album points out, it’s that it would be nice if the works of Gonzales would be allowed to penetrate the canon. It would make music so much better.