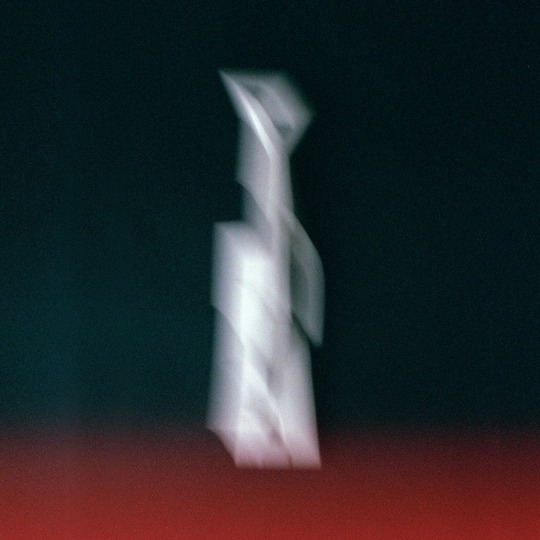 I had a great love for Portico Quartet, the band that spawned Nick Mulvey, received much critical acclaim, including a Mercury Prize nomination, and were absolutely mesmeric live. The news of a change of name, direction and a signing to Ninja Tune for the release of Portico’s debut album proper, Living Fields elicited, from me at least, a combination of sadness and intrigue. As the band themselves have been clear that they view this as a debut of a new project, rather than a continuation of their previous iteration, what would we find? What would be recognisable? What would be new?

Well for one thing, from the moment the opening title track’s echoing electronic pulse commences, it is obvious that this is a release which sits comfortably on the Ninja Tune roster. The addition of vocals, from label-mate Jono McCleary here as on about half of the album, adds an obvious element. Here, as on several occasions throughout the album’s nine tracks, comparisons to electronic giants Telefon Tel Aviv are unavoidable (this, to me, is an extremely positive thin). As McCleary’s pristine falsetto and layered close harmonies twist and turn atop shards of shimmering melody,Living Fields is both a clear line in the sand, and a reminder of the mastery of melody and atmosphere which is carried by Portico’s three members.


It’s been well-documented that Alt-J’s Joe Newman, a longtime friend of Portico, collaborates heavily on this album. One can only hope that his involvement directs many fresh pairs of ears this way. His presence, though, doesn’t feel like a cynical marketing ploy. He has the perfect voice to supplement this deep and complex instrumentation. More than that, he sounds, throughout, as if he is having a blast. Newman’s first vocal contribution, current single ‘101’, is a classic electronic pop song, with a groove, and a chorus vocal hook which will fill clubs, overrun airwaves and reproduce earworms at an alarming rate. It is a fantastic song. It is not the best song on this album.

That honour, on a record stuffed full of great songs, falls to another McCleary cut, ‘Colour Fading’. It has a marvellous, skittering percussive driving force, fantastically competing synth melodies and, in point of fact, so much going on that each listen brings forth fresh elements to focus and fascinate on. The creativity at play here is startling. Each note, beat and hit has been, it appears, precisely considered and conceived. The addition of vocals a crucial element rather than the primary focus. Changes in timbre come upon the listener subtly yet somehow simultaneously all of a sudden. One minute the dub bass is the key, the next it is a sound akin to electronic pan pipes pulsing in and out, the next McCleary’s voice, with it’s plaintive call of “over, over”. The crushingly wonderful mix means that this song, as the whole album, is one to enjoy at multiple levels. It can be devoured in one greedy sitting, and yet it may very well be an album to obsess over at the same time. It will work, I believe, for fans of Portico Quartet’s previous output. There’s enough here for this to be recognisably Portico. The focus has merely shifted from mind-altering jazz to highly confident and consistent electronica.

This is a loud, confident album, best enjoyed at high volume. So much to delve into, so much to discover. The quartet is dead. Long live Portico.