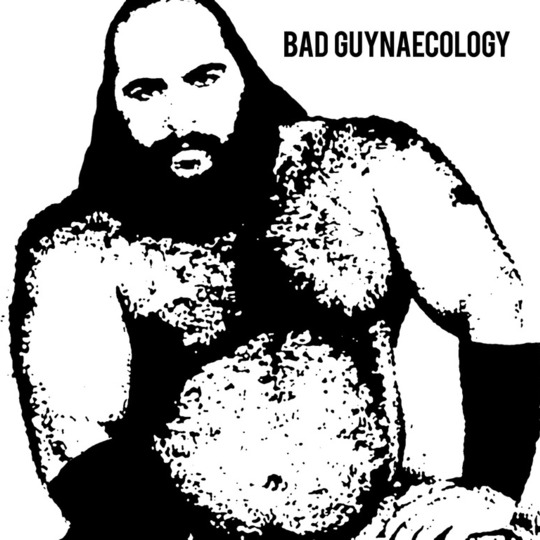 Bad Guys are the kind of ridiculous, fun metal band that I’m really glad exist. You may well have already gleaned from the fact that this album is called Bad Guynaecology that they are not a group that takes themselves 100% seriously. Not for them the po-faced song topics beloved by so many of their peers (I’m not necessarily against weed or Satanism, but there does come a limit) - instead they prefer to tell absurd, surrealist stories. The music, too, is refreshingly back-to-basics sludge rock propelled along by the dual assault of two double-necked guitars, a gleeful throwback to one of the classic images of rock excess. There are very few frills here, though, just meaty, primordial riffs, cataclysmic drumming and a sort of willful silliness.

Powerful album opener ‘Crime’ sets the tone perfectly, with its riotously stupid story of a child driven to shoplift a Tonka truck by his parents’ refusal to buy it for him. The ending refrain of “You shoulda bought me the truck/ you fuck!” reaffirms that tongues are going to be firmly in cheeks for the duration of this album. Next up is ‘Prostitutes (Are Making Love In My Garden)’, pretty self-explanatory in its subject matter, but it providing of some amusing reflections on the nature of sex work (“I wonder if it’s true love, that these cuckolds really feel/ they need an alternative lifestyle, who am I to question their ideals?”). Track three ‘ZoltanSnake Hunter’ is a thrashier number which recalls the Melvins at their riffiest and, in “Fuck you, snakes!_”, has one of the greatest closing lines of all time.


It’s neat to have an opening trio of songs that so perfectly capture exactly what an album, and a band, are all about. Having said that, it is as we move towards the back-end of Bad Guynaecology that things really start to get interesting. ‘World Murderer’ shows an even heavier, more evil, side of the band as it flirts with black metal atonality in the guitars and gutteral delivery in the vocals. ‘Motorhome’, apparently a treatise on the pleasures of being an inconsiderate owner of said vehicle, is a short-and-sweet take on Motörhead-esque speed metal. Best of all, though, is 12-minute finale ‘No Tomorrow’, which, unsurprisingly, takes the listener on quite the journey, including two extensive wig-outs. I feel like wigging out is an essential skill for bands of this genre and ‘No Tomorrow’ is an excellent example of a band really cutting loose.

While the funny song titles and silly lyrics do tend to attract attention (and I’m aware I’ve talked about them a lot) they shouldn’t take away from the fact that there is some very good musicianship here. The sense of humour is welcome, yes, but it wouldn’t work if the riffs weren’t so on point. It may seem like a strange comparison but Ian Dury could do so much with his lyrics and delivery only because The Blockheads were amazing musicians and a similar symbiosis is at work here. While I don’t think this is the best work the band can produce - some of the tracks feel like a flung-together collection of riffs rather than properly worked out songs - it is a tremendously accomplished album. It’s heavy as balls and really fun, and sometimes that’s just what you need.