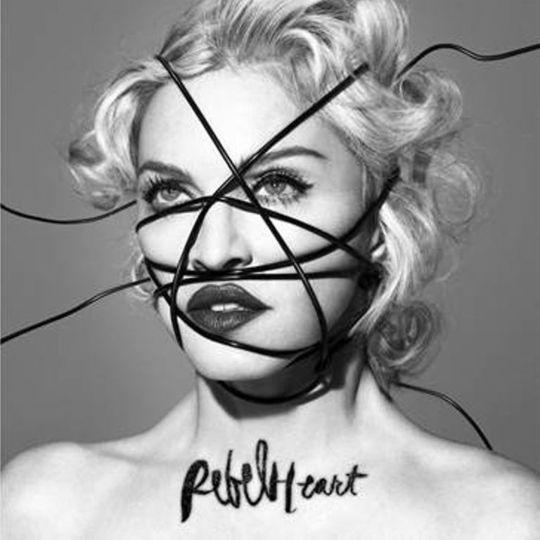 When the entire history of the human race is written, the final week of February 2015 probably won't be deemed the absolute pinnacle of our species’ stupidity. But it'll surely warrant a mention, at least.

I’m not talking about those good ol’ boys in Isis trashing 9,000 years of human history, though there is that. I’m talking about us infidels more or less living up to Islamist stereotypes of us by getting furious excited over (in reverse chronological order): a dress that looked funny; two llamas; and a lady falling over.

I am not professing to be above any of this, and should the black flag ever fly over Britain then I’m going to be in as much shit as anyone. The dress was crazy, right? The llamas – well, who doesn’t love a llama, let alone two? And the lady who fell over wasn’t just any lady: she was Madonna.

In the inevitable deluge of think pieces over what must have been either the second or third interesting thing to have ever happened at the Brit Awards, there was a lot of talk of agism in the world’s fascination with said tumble. But without wanting to come across as some sort of apologist – I’m sure agists were delighted – I don’t really think so.

Firstly, having your Versace cloak fail to unbuckle correctly and dragging you over in the middle of a complicated dance routine is not remotely the same as your granny ‘having a fall’.

And secondly, I’m not sure Madonna’s age actually registers with people anymore. She long ago shed such human baggage as a surname, and though she did dabble a little with growing up during the Ray of Light era, the 17 intervening years have seen her remain wholly in thrall to pop, her choice of wardrobe – cheerleaders outfits, rollerblades’n’hotpants – not so much a woman in denial as an artist toying ironically with the idea that ‘Madonna’ could get old.

Because Madonna is indestructible, transcendent of age, an incandescent avatar of pop, a Zelig-like figure who criss crosses modern history. Maybe her body will die or retire, but surely then the title of ‘Madonna’ can just be bestowed to somebody else. She is superhuman, ageless, and the fascination with her fall wasn’t so much to do with her age but because there is something fundamentally incongruous about her falling over, like Superman stubbing his toe or Jesus waking up with a hangover.

And certainly the idea of Madonna as an indestructible spirit of pop runs rampant through her mostly excellent thirteenth studio album Rebel Heart, a record whose strengths are timeless and whose faults are somewhat more modern.

One of the more remarkable things about Rebel Heart is how little ego there is on its best songs. ‘Living for Love’, the Diplo-produced opener, is a massive, uplifting house stomper that in the best way possible sounds like it could have been made by somebody else: during the verses the vocals are treated to the point of anonymity, and there’s nothing cheeky, sexual, self-referential or hubristic about the lyrics, which are blandly uplifting, but in a way that nods hyper-explicitly to the euphoria of that first wave of house - which Madonna, or course, very much lived through. The song is absolutely put ahead of the singer. Likewise ‘Ghosttown’, a stonking electro ballad produced by Billboard, is the sort of thing Rihanna might conceivably have her next big hit with if she was lucky enough to have somebody write it for her - there is nothing overtly Madonna-ish about it, other than it’s great pop. And even when the track name has you braced for impact, you’re occasionally pleasantly surprised: ‘Unapologetic Bitch’, written with Diplo, is a disarmingly vulnerable electro-reggae confection that sounds peculiarly like The Knife.

You’re not always pleasantly surprised, mind. Ego and the desire to play with the idea of being Madonna rather then just be Madonna do raise their heads on a vocal minority of tracks. ‘Bitch I’m Madonna’ escapes being worst track on the album only because Madge almost feels excused from it: she basically pops up to offer occasional backing vocals on a noisy mess of a song almost entirely given over to guest Nicki Minaj. The nadir is debatable, but certainly pretty nadir-y. It's either the baffling ‘Iconic': a turgid burble of FX marked out by a weird spoken word intro from rapist Mike Tyson, a lobotomised chorus of “iconic, ironic”, and a totally random, tacked on guest slot for Chance The Rapper. Or possibly the unpleasant ‘Holy Water’ - I’m not sure whether the worst bit is the vocal hook “bitch, get off my pole”, or the clanging, sacrilegious interpolation of a bit of ‘Vogue’. Everyone's a loser, really.

Still, for each clanger there’s two bangers – there's no time to go through everything, but the likes of ‘Heartbreak City’ and ‘Inside Out’ are just effortlessly good pop. And occasionally she does manage to meld her more questing urges to her knack for a tune: the Kanye-co-produced ‘Illuminati’ is a euphoric rush of knowing stupidity, its deliciously dumb/clever lyrics referencing various batshit conspiracy theories, but suggesting our sinister masters just want a boogie: “everybody at this party, shinin’ like illuminati".

The real flaw with Rebel Heart, though, is that modern pop bugbear: length. Whether to placate her army of producers or because she thinks the album as a work of art etc is dead, Madge has somehow conspired to let the record run to a walloping 19 tracks (if you pay out the pitiful difference for the deluxe edition – 14 if you don’t, but it certainly feels of one messy piece).

This is kind of just how producer-driven pop records get made these days, I guess, but it’s a shame because there is a phenomenal ten-track album in here. Even as recently as 2008’s Hard Candy, Madge clearly viewed an album as a relative concise, unified body of work to be written with one principal collaborator. But while Rebel Heart is greatly superior to her last set, MDNA, it suffers from the same malaise of of overabundance. Buy it, edit it, and make your own better version, but as it stands the full Rebel Heart experience is a bit of a chore.

But that’s pop music in 2015 for you: and Madonna has always been of her time.