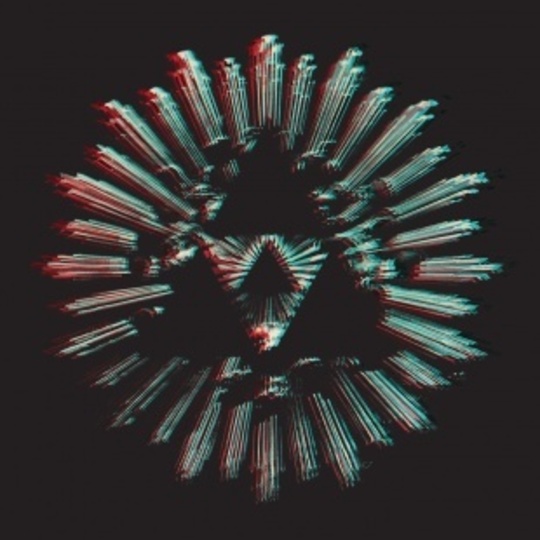 Sometimes, names can be misleading. Just ask that furniture removal firm Mumford & Sons. Which is why a band calling themselves White Noise Sound should be the loudest, most visceral outfit on the planet. They aren't of course, and while that shouldn't be held against them, the name does create a false sense of purpose when listening to their music.

Hailing from Swansea, which according to the dialogue from Nineties cult flick 'Twin Town' is a 'pretty shitty city', White Noise Sound have been peddling their psychedelic wares for a good few years now. Refreshingly more inclined to fuse experimental electronica with the more traditional drone elements many psych rock acts have become homogenously attached to, their music owes more to XTRMNTR-era Primal Scream or Death In Vegas than Spacemen 3 or the Brian Jonestown Massacre.

What this makes for on Like A Pyramid Of Fire, the band's second long player and first for highly respected independent Rocket Girl is a mixed bag that doesn't quite live up to the colossal statement of its title. As with 2010's self-titled debut, Super Furry Animals' Cian Ciaran worked on the record alongside esteemed producer and DJ Phil Kieran, and their involvement - particularly the latter's knack of fusing discordant beats with ambient soundscapes - shines through.

Opener 'Heavy Echo' sets their stall out in dramatic fashion. Fuzzed up guitars collide with effervescent drone sounds against a backdrop of heavy electronica. Rhythmically equal parts My Bloody Valentine's 'Soon' and Ladytron's 'Sugar', it's a grandiose statement of intent and ultimately, raises the bar to a level the rest of Like A Pyramid Of Fire struggles to equal.

Penultimate number 'Do It Again' comes closest to the opening track's dizzy heights. Its fusion of experimental gadgetry bleeps and serene ambience combining in perfect harmony. One suspects many of these pieces would perhaps be best suited to a live environment, full-on techno stomper 'Feel It' being the most obvious.

Elsewhere in a parallel universe, 'Bow' could be a Temples remix of Abba's 'Knowing Me Knowing You' while 'Can't You See It's baggy psychedelia has an air of second album Chapterhouse about it. Overall, Like a Pyramid of Fire represents a bold attempt at challenging any pre-conceived ideas of psychedelia in the present. A little more focus on the songs in question and this brave new world could be White Noise Sound's for the taking.