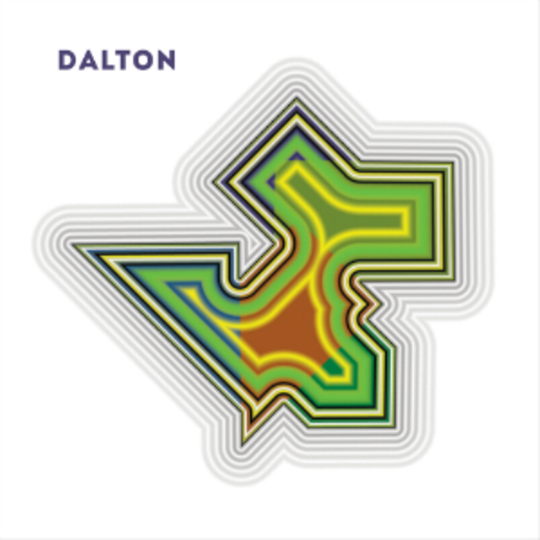 The term 'singer-songwriter' has become equivalent in musical terms to the plague thanks to a deluge of identikit nondescripts clogging up the airwaves this past decade. Nevertheless, for every Blunt, Ezra or Sheeran there's always a creative ray of sunshine escaping through the cracks. In this case, one Nate Harar, who goes by the name of Dalton. A troubadour in every sense, Harar's nomadic existence has seen him recently take up residence in Los Angeles, and it was here that his self-titled debut was conceived. Having spent his early years playing in New York five-piece Sugar It's Eli before their break up four years ago, Harar decided to go it alone shortly after. Having put out a six-track EP - also entitled Dalton - in the summer of 2012, he's spent the interim period honing his craft in a way that draws comparisons not only with modern day contemporaries Kurt Vile and Ty Segall, but also references the past in places, most notably J Mascis and Dinosaur Jr along with The Replacements.

Indeed, as lo-fi, bedroom-recorded self-produced long players go, Dalton is something of a triumph for its creator. Interestingly borne partly out of an obsession with David Bowie dating back to his childhood, the ten songs that make up Dalton show a diversity many modern day singer/songwriters lack. Sure, there's a feeling parts of Dalton may have been sculpted by trial and error but that only serves to make Harar's efforts more endearing in the process. Clearly a labour of love – a facet which no doubt attracted legendary indie Fierce Panda to his wares – Dalton represents an artist at ease with himself and definitely not in thrall to any cliched rock and roll aesthetic many of his peers find themselves embroiled in.

Opener 'Bedford And Grand' sets the scene impeccably, a simple piano intro giving way to Harar's apologetic vocal as words like "I don't wanna be there when you fall again" serve to remind us of its creator's human side. As well as the aforementioned, there's touches of Evan Dando in the way Harar takes a sincere approach to lyric writing. Take the slightly more upbeat 'What Never Should End' for instance. While musically indebted to the likes of The Posies or (them again) The Replacements, there's something undeniably poignant about the way Harar insists "But it never goes my way".

At times, Dalton finds itself stripped back to the bare bone. Literally. Closer 'So Long So Well' sounds quite lethargic in its delivery, its subject matter lamenting the breakdown of a relationship. Whereas delicate acoustic strummer 'Autumnal' (key lyric: "You drive me in, I'll drag you down") and Sixties flavoured jaunt 'For the Last' highlight more strings to Harar's ever widening bow of talents.

It's when Harar rocks out that Dalton comes into its own. His scuzzy drawl on 'Control' could be a dead ringer for J Mascis-circa Bug (not to mention the accompanying guitar sounds) while the metallic sheen of 'Second Life Afterglow' has more in common with blokes in studs and leather than those that opt to sit on stools playing acoustic guitars.

Elsewhere, 'Breaker' reveals more of Harar's inner sensitivity and 'Only Names' provides a claustrophobic atmosphere befitting of a record made in such a refined setting. Although not perfect by any stretch of the imagination, Dalton feels like an album that was made with the very best intentions. Unconstrained by constraints and honest as the day is long, this is just the beginning for what promises to be a long and fruitful career.