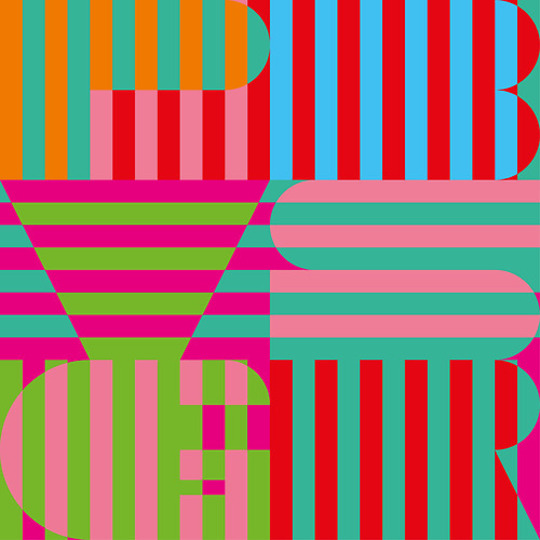 Albums are by their very nature conceptual, but rarely do they so explicitly lay their cards on the table from the title downwards as Panda Bear Meets the Grim Reaper (or PBVSGR as it shall henceforth be called). Both individually, and as a key component of Animal Collective, Noah Lennox has always positioned himself on the musical fringe, creating pop that melts into itself. Merriweather Post Pavilion was the first step out of the subgenre the Collective had created for themselves, moving into realms more experimental and electronic, and since then Lennox has found himself collaborating with the likes of Pantha du Prince, Zomby and most notably Daft Punk, pushing himself into territories new. It is therefore not surprising to see him eager to kill off this incarnation, or at least elements of it, to pursue and continue his experimental trajectory.

The extent of this character assassination still seems uncertain, but both musically and thematically, PBVSGR seems like an ending of sorts. Speaking to Rolling Stone about the possible demise of Panda Bear, Lennox stated: 'It certainly crossed my mind. I figured if there was a time to do it now was the time. I may still, although I don't expect it. I think I'll know when I start making the next one whether the name still fits or not. Insofar as it relates to the story told by the sequence of songs, the "death" is of character traits that are unnecessary or detrimental.'

Musically, PBVSGR stands out from Lennox’s previous four releases, not necessarily in its darkness, but rather in the hard edge that can be found throughout. Bristling to life just under the surface of album opener ‘Sequential Circuits’ there exists an abrasive saw-toothed growl which grows in stature until it takes centre stage as the vocal harmonies melt away, and remains almost constantly in place like an angry didgeridoo until track seven, ‘Come to Your Senses’ before beating a welcome retreat. His music has always been psychedelic in nature, but more so than on previous records there is a palpable feeling of deconstruction, which by the end leaves the music and listener on the periphery of consciousness, present but out of sight.

Despite having a clear narrative, it is not one that is fully linear. Lead single ‘Mr Noah’ and, four tracks later, second single ‘Boys Latin’ are as forthright as he gets on PBVSGR, and are driving and coherent. On the former the sound of dogs whining and howling descends into an aggressive drum break and squealing synth distortion, whilst the latter begins with the omnipresent didgeridoo being lapped at by waves, an echoey beat and sea-shanty vocals that provide a sense of purpose and movement. In contrast, the tracks in between provide a respite with ‘Crosswords’ bringing to mind Tomboy with its goosebump-inducing sweetness and ‘Butcher Baker Candlestick Maker’ being laidback, pack with sun-drenched melody and a lackadaisical beat. Following ‘Boys Latin’, ‘Come to Your Senses’ begins the process of dissolution, with his vocals bringing to mind Eighties pop and the chillwave artists who have previously nodded so vigorously in Animal Collective’s direction.

The latter part of the album starts properly with ‘Tropic of Cancer’, which commences with a horn, before out of waves of reverb a simple harp melody emerges, soon joined by lo-fi Beach Boys-esque vocals. After a short 18-second distortion-buzz break by way of ‘Shadow of the Colossus’, ‘Lonely Wanderer’ comes into view. The haunting piano with which it begins brings to mind The Caretaker’s An Empty Bliss Beyond This World with its evocative One Flew Over the Cuckoo’s Nest air of institutionalisation, and forms the nadir of the dissolving process leading to the rebirth that begins with the bright and slightly off kilter sun-flare of ‘Principe Real’. Having elements of drugged up orientalism it is as psychedelic as PBVSGR gets, before stabby saturated synths and out and out Drive-esque pop of ‘Selfish Gene’ and the complete fragmentation of ‘Acid Wash’ see the album reach its conclusion.

The whole effect is unsettling, with the saccharine-sweetness of Panda Bear we know being somehow corrupted, psychedelic in a disconcerting mind melting rather than flower-power way. And in doing so, it achieves its aim: taking a character we know so well, turning it in on itself and leaving us with something similar but somehow different. It may not quite equal Person Pitch or Tomboy, but in its own way could prove to be even more important for Noah Lennox.