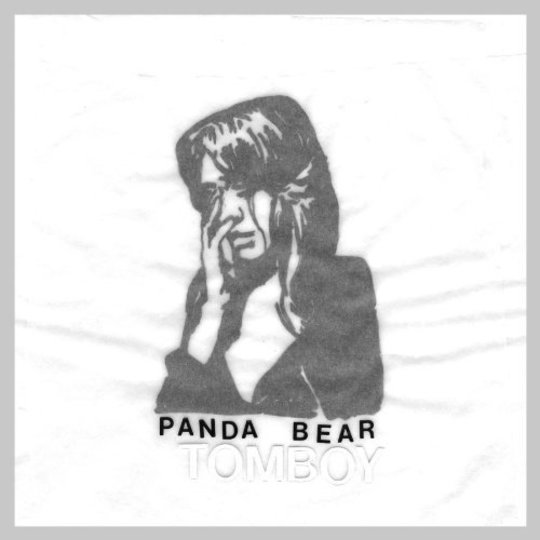 I suppose Noah Lennox aka Panda Bear aka the coolest one from Animal Collective probably has a perfectly normal singing voice that he can break out, should the need require. But in my head, I like to imagine a little Panda, a Panda Cub, singing at school or church or some family do and just drowning out everything else with that high, distant, saintly honk of a voice, his classmates/congregation/family gawping in befuddlement as this radiantly weird sound pours out. And I know, I know, all he's really doing is a Beach Boys impression fed through some sort of FX box, but there is something primal and innocent and strangely inhuman about our Panda’s voice that I think accounts for much of his appeal.

Certainly on his fourth solo album, Tomboy, Panda’s vocals are the defining and binding sound, warping and slowing the surprisingly diverse music around them into a blissful, abstracted homogeneity. After one listen to ‘Tomboy’ itself you’ll probably remember that the title track begins with a demonic, ODDSAC-esque roar that yields to a thrilling duel of dry, urgent guitar and drizzy Low-esque electronica. You’ll almost certainly remember the deep’n’down, almost Dre-ish backbeat that opens the ‘Slow Motion’. Odds are pretty good that you’ll remember the drone from ‘Drone’. But can you remember choruses, outros, middle eights? I mean I kind of can, but after Panda enters the mix, everything surrenders to the peculiar gravity of that voice. It’s not just that it dominates the other sounds, thicker and more brilliant than everything else around it. It’s that on many of the songs, the other instrumentation in producer Sonic Boom’s mix actively elides into it. On ‘Tomboy’ in particular, it’s striking (once you’ve noticed it the first time) that towards the end the other instrumentation really has faded, like an old photo bleached beautiful and strange and strange by sun exposure.

This certainly isn’t a fault, though, and Panda is not some crass old time crooner, blasting the nuance out of the music around him. He’s just trying something different: where on Person Pitch he constructed toweringly odd seven minute musical edifices that were so distinct and unsettling as to be able hold their own against his voice, here these 11 much shorter songs don’t so much buckle under Panda’s voice as become absorbed into it. On the thick, heady closing ‘Benfica’, for instance, the lush drone of the organ in the background becomes almost indistinguishable from his vocals, both languorously rippling under the same treacly waves of distortion like palms swaying under a lazy tropic breeze. On the fidgety ‘Afterburner’, an echoey Panda should sound distant, but because his voice is resonating at virtually the same pitch as the nagging guitar figure that opens the song, then the world’s most blissed out tones actively absorb that urgency.

And this is all wonderful, a rich and strange journey through the possibilities and permutations of that voice. Sonic Boom has emphatically not been called on to do a shoegaze job, but he brings a certain something to the table – some of the production reminds me of the glistening crispness of Strawberry Jam, but then those bleeds and bleaches and fades that so define Tomboy would have been alien to AC’s overly sterile seventh album.

I guess if I have one major problem with Tomboy - and this is pretty subjective - it’s that I’ve always preferred the more human side to Animal Collective, and on Merriweather Post Pavilion Panda’s ‘My Girls’ and ‘Brothersport’ were wonderful examples of that. Here Panda retreats to inscrutable, heavenly distance, and while force of emotion might not suit an album whose foundations are laid on force of sound, I still find myself wishing he’d fully explore his more human side someday. Or would a whole album of emoting demystify that voice? Somehow, I can’t see anything doing that.