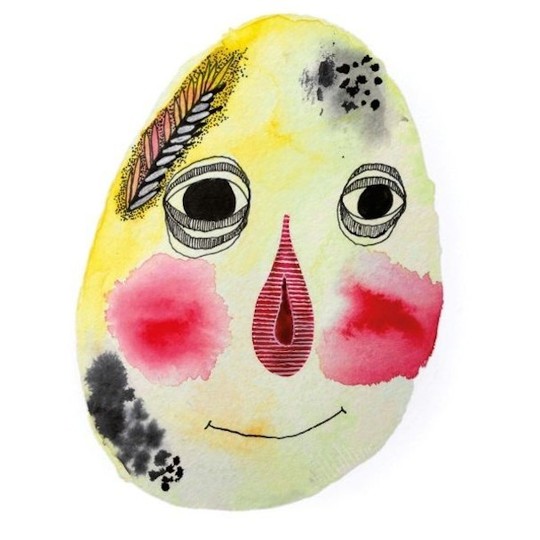 Loads of good punk music thrives on turning underdevelopment into a virtue. This debut EP from teenage duo Cleo Tucker and Harmony Tividad succeeds on this front, in several ways at once: underdeveloped arrangements (they’re just guitar, bass and voice), underdeveloped structures (blink and you’ll miss the 30-second ‘Plants and Worms’) and still-developing emotions. Taken alongside each other, these half-formed impulses combine into a thrillingly intense rush of adolescent feeling, mixing current day LA punk trends with riot grrl traditions.

You could listen to most of Girlpool's self-titled EP without noticing that there aren’t any drums. Most of the time, there’s enough din to make up for it (check the wretched screeches across the loose jingle-jangle of ‘Jane’) but even at their most stripped back, the duo are always right up in your face, leaving you absolutely nowhere to go. Some of these songs move through reasonably sophisticated harmonies which fan the arrangements out a bit, but just as strong are the moments where they belt out their vocals in unison; forcing their words down your throat. The directness of the performances and lyricism mean that you barely notice how skeletal most of these songs are too, hinging on binary A/B arrangements, shuffling around a few chords. These aren’t intricately constructed things. They’re meant to jab you in the eye.

But what really sets these songs alight is how they hit the pulse of youthful feminist feeling. They’re loaded with as much insecurity as anger; as much consideration as conviction. When you hear them raging against the inevitability of being slut shamed on ‘Slutmouth’, it’s striking to realise how infrequently you hear the term in women’s punk lyricism today. Girlpool are a 2014 shot in the arm to the riot grrrl movement which fourth-wave feminism has been waiting for. Because what’s especially excellent about Girlpool is the amount of time they spend on being insecure and – you know – just plain old teenage humans, as they do being defiant. Kathleen Hanna’s call for girls to the front was an iconic moment of strength. But Bikini Kill were just as likely to sing about fucking and feeling nervous as they were to call for revolution girl-style now.

Girlpool fully recognise the breadth of what riot grrrl was able to sing about, not just the ideological ideals which have (rightly) resonated across punk music since. They spend just as much time second-guessing if boys fancy them as they do being angry and venomous. They know that vulnerability is something to be faced, not masked, making it one of the most up to date reflections of feminist punk in ages. They don’t conform to masculinised constructs of demonstrating power. They muddle through self-acceptance, with all the self-doubt that comes with it. In short, Girlpool make themselves a deliciously relatable pair, filling the songs with as much soft warmth as harsh fire, putting a sharp, snotty edge onto a new wave of riot grrrl. They’re exactly the sort of act 2014 needs.