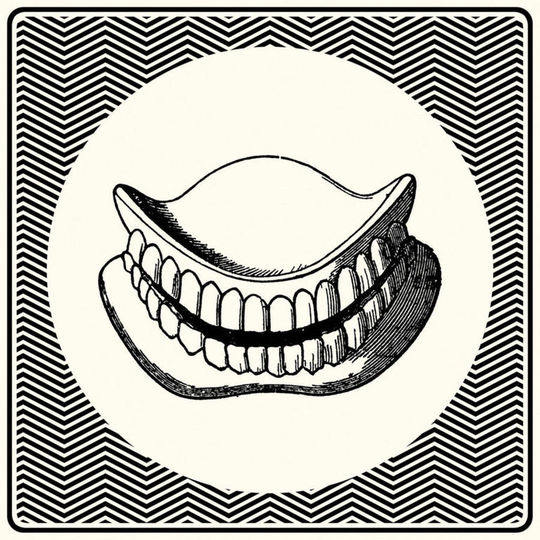 Hookworms' balls-out, no nonsense approach to music is very much a breath of fresh air in an increasingly tame and polished music industry. The Leeds-based five piece are known only as JN, JW, MB, MJ and SS in order to ensure a focus on the music itself, rather than any personalities within the band. Not that the music needs any attention drawing to it – 2013's Pearl Mystic mercilessly battered you around the head in a haze of guitars and largely indecipherable, piercing vocals. Though indisputedly a part of the psych revival of recent years, Hookworms occupy their very own niche, combining elements of shoegaze and noise with the DIY elements of hardcore and garage rock.

The Hum, whilst sounding very different, is very much a continuation of Pearl Mystic, and absolutely does not disappoint. This focus on continuation is very much evidenced by the numbered instrumentals, which carry on where Pearl Mystic left off ('IV', 'V' and 'VI'). The first track 'The Impasse' doesn't hang around for more than 20 seconds, and after a very brief introduction crashes in to a whirlwind of screaming, guitars, pounding drums and riproaring organ. It's worth mentioning at this juncture that organs are NOT used enough in rock music these days, and Hookworms absolutely nail it. 'On Leaving' is the record's lead single and is accurately described by the bassist MB as their attempt at a 'really minimal, two-note rager'. This track is six minutes of absolute control, with the band showcasing their firm grasp of dynamics and ability to play perfectly off one another. It builds and crashes to perfection with a particular mention going to the new drummer, JN, who cements himself firmly as the engine room behind Hookworm's music.

'Beginners' is a similarly repetitive two note rager that once again shows a confidence, control and dynamic intensity that was not present on Pearl Mystic. 'Off Screen' is the track which shows the band's slightly softer side - and similarities could be drawn to the more sombre work of My Bloody Valentine and Sonic Youth. The vocals are low in the mix and essentially serve as just another instrument in amongst layers of ambience and guitar-fuzz. The album finishes on a high with 'Retreat' being possibly the strongest track. The songwriting here is absolutely faultless, the rhythm section as a whole is incredibly tight, and the guitar sound is mind-blowing from beginning to end. This is the kind of badass rock'n'roll track that, like Primal Scream's 'Accelerator' and My Bloody Valentine's 'Only Shallow' made me want to play the guitar like nothing else.

Guitarist SS has said 'we were writing Pearl Mystic to an audience in the same way your diary has an audience ... it's written to one but if no one ever reads it that's not a big deal ... this time round though we knew we had a really clear audience'. This freedom from constraints is incredibly apparent from the off and manifests itself through a new found confidence, focus and control. Even with a bigger budget and the knowledge that they now have a captive audience to impress, Hookworms never come across as arrogant, showy or self-indulgent. They have managed to follow a logical musical progression which will undoubtedly blow many minds. Album of the year contender? I think so. My only regret is that I haven't seen them live yet...