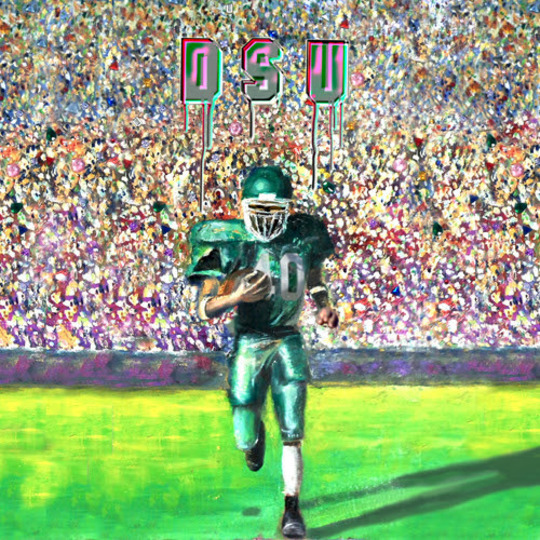 It's all too easy to slap the 'bedroom pop' label on Alex G. Okay, he did record this album in his actual bedroom, but DSU is so much more than a loner making scuzzy, distorted tracks after school. Recently signed to Lucky Number/Domino Publishing for the release this side of the Atlantic, the Philadelphia-based singer-songwriter has been tucked into the music collections of Bandcamp fanatics for quite a few years now. He's a hero of the internet age – a cult leader of the DIY followers who are slowly but surely breaking the barriers of the mainstream industry.

Alex G has already amassed ten releases in his short, 21-year life. Whilst constantly interweaving genres, he manages to keep an Alex G stamp on each one – that feeling of isolation, of solitary creative confinement. DSU is packed full of personal reflection, often touching upon a critique only someone could put upon themselves. "You are dead to me, You watch someone you know, turn into static company," he utters on last track 'Boy' with cracking vocals, lazy strums and oddly upbeat piano afflictions before the song comes to an abrupt, cut-off finish.

This is just one example of his striking lyrical content - the 21-year-old is a wise-before-his-time poet, who manages to create the kind of imagery that will have you wanting to go for a winter-soaked walk just to listen to that track one more time. It will have you thinking of lovers past, of uncertain futures and of the special moments in the mundane. "It's not what you are, It's just what you did, Don't hang up the phone, I love you to death," he says in his now-signature falsetto output, during the stripped-back, feedback-fuelled 'Black Hair'. It's a solitary record for the solitary listen.

After releasing techno records under the monikers Rubberthump and The Skin Cells, it's no surprise that DSU mixes electronic elements, as well as acoustic efforts, grunge rock and at times, the song structures could be described as good old fashioned pop. Being heavily inspired by the likes of Aphex Twin and Elliott Smith will probably do that to you and Alex G proves his authenticity in writing and recording the whole package himself.

At under 1:30, 'Skipper' is the musical equivalent of a daydream if I've ever heard one; complete with layered vocals, hazy harmonies and gorgeous guitars, it flitters out before we're met with the almost-angry thrusts of 'Axesteel' where electronic sparks are met with trodding rhythms and off-beat strums. As he calmly sings, "This is the reason I play for you, This is my pick axe" Alex G's ability to entice his listener into his world is fully realised.

DSU is an album for kids that scour the internet as they would a crate full of physical records. It's an album for those that have found solace in the ramblings of old poets; for those who have lost their minds over the intricate productions of The Knife and for those that have a tendency to be their own worst enemy. Alex G speaks a refreshing honesty, with an artistic flair that many before him have failed to master. It's careful yet effortless, passionate yet distant but above-all, wholly unique. Garageband has never sounded so good.