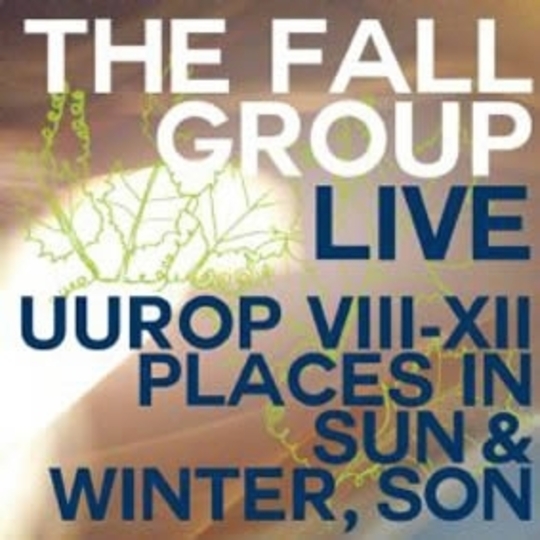 Like a patched-up mercenary U-Boat commanded by Ahab’s northern cousin.

Like being a kid who takes a deep breath and rolls head-over-heels down a very steep slope and when you get to the bottom you realise you’re now a middle-aged man with a sad-ish grass-stained grey suit (but being okay with that) (Track 9: ‘50 Year Old Man’).

Like an argument the neighbour is having with himself, but this time it’s one you’d quite like to hear.

Like an impenetrable post-punk piece of musical theatre penned by the bamboozled ghost of Samuel Beckett.

Like, imagine if the reins of Brit School were handed over to this madcap headmaster for a year or two, and how much richer our culture might then be (though we might have to keep an eye out for the sneaky reintroduction of corporal punishment).

Like, why not replace The Who Live At Leeds with The Fall Group Live UUROP VIII-XII Places In Sun & Winter, Son on your pop-culture undergrad syllabus? Why not, hey? Why not?

Like a bootleg. A fuzzy bootleg, right? This must be a bootleg. (Looks at release details). No, no, it seems to be official, an official release. Well, he’s not one for the Mr Sheen Kiss Alive overdubs, is he?

Like smelling the cheap lager just before it rains across the back of your shirt, thrown by a balding man who shaves his head (on account of the balding) into the middle of a dark venue where the cloakroom attendant looks like a grizzled Judi Dench.

Like the zombie Johnny Cash and the zombie June Carter-Cash reluctantly duetting through rotting jaws in the middle of a smog-ridden inner-city roundabout (Track 3: ‘Amorator’).

Like the Lord Mayor of Drizzleborough heckling his own well-meaning tourists from behind a wall of decomposing cardboard.

Like a steam train’s engine running mainly on marmite-jar scrapings and yet still ploughing over a thousand level crossings and straight through the cars with the tosspots’ personalised number-plates on front and back. Like, none of this makes sense, though, does it, not really, no, and yet, and yet, if you really squint your ears and bang your eyelids then maybe, just maybe, yes, yes, yes...

Like nothing’s ever gonna stop ‘em, this is The Fall, live, in a variety of undisclosed European locations (who knows where? Only MES, probably, if even him), one of this land’s (which land’s?) greatest ever groups, still hurtling forward, still thrillingly, still bafflingly, with their full-bore wonky-wheeled tenebrous, anomalous, glorious grooves-aah.