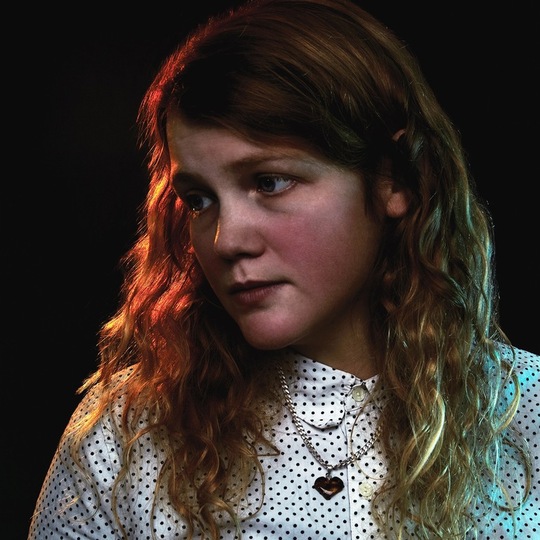 Ahead of this year's Mercury prize, DiS in partnership with Naim Audio's new wireless music system, mu-so, will help you GoDeeper into 2014's nominated albums. Today, we would like to turn your attention to the fantastic debut album by musician, rapper, poet and other "stuff" Kate Tempest, with a review of her debut album, which we didn't write about back when it was originally released.

Visit our Mercury mini-site for more coverage of all of this year's nominees.

Listening to Kate Tempest’s Mercury-nominated debut album Everybody Down, I find it hard to resist the urge to compare her to Scroobius Pip. Mostly because when Dan Le Sac’s former other-half went on his spoken word tour he took Kate Tempest with him. It's no exaggeration to say that Tempest blew Pip off-stage - a tribute to both her talent as a spoken word artist and Pip’s need for music to really get his message across. He's a perfectly good spoken word artist but the final product just wasn’t as compelling without Le Sac's beats.

With Tempest, the opposite is almost true. Everybody Down is great but - and it's a fairly big but - all of her strengths are slightly hidden behind the music. Where Pip needs the ebb and flow of music to be effective, Tempest is at her most poignant when she’s left on her own. She is one of the best wordsmiths in the UK, if not the absolute best, but the music does nothing to highlight this. Maybe the chemistry with producer Dan Carey isn’t there. Or perhaps the album doesn’t work quite as well for someone who is familiar with her spoken word work.

Take opener 'Marshall Law', it tells a detailed and intimate story of a girl Becky getting talked at by a corporate type/drug dealer named Harry. The story is utterly compelling but the music behind it serves to drown out the context rather than actually compliment the tale. This problem reoccurs not exactly throughout the album but regularly enough for it to be an issue. For most, this would be fine, but for a talent as crucial as Kate Tempest you feel like the end product could be something so much better.

When it works though, the words and music slot together perfectly. 'The Beigeness' was an obvious choice for first single as it’s the moment when everything comes together. (I spent the entirety of NOS Alive Festival singing this, much to the annoyance of my friends.) (Sorry guys!) It shows that with the right musical accompaniment this could be an album that pushes Tempest to undeniable brilliance... rather than just something that's very good.

Tempest is a multi-talented individual. Along with being a rapper and a spoken word artist, she also finds time to be a playwright amongst other pans in the fire. This album was recorded in just two weeks and it feels a little rushed. If more time was spent developing that chemistry and making sure the music was absolutely spot-on then we’d have an album we might still be listening to in ten years time. Instead, it appears they used her words as the framework and hung the music around it, hoping that it would work. Maybe Tempest needs to be more focused on one particular path to keep her from being a jack-of-all-trades but master-of-only-some.

To a huge extent though, the record does work. It's still a great debut album and absolutely deserving of its Mercury nomination. Tempest writes brilliantly and weaves believable characters into our consciousness in a way that few others can and she deserves immense credit for that. Everybody Down is powerful and gritty and it tackles subjects such as sex work and drug deals with wit and subtlety beyond measure. It’s just not as good as it perhaps should have been from such a prolific talent.