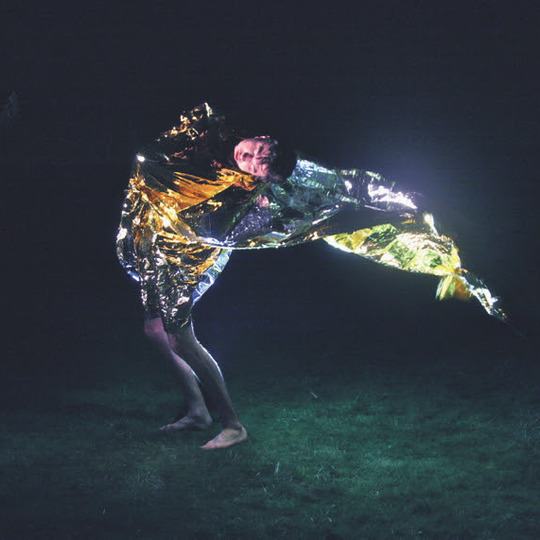 When you think of Belgium, you probably think of chocolate, beer, pleasant architecture and labyrinthine bureaucracy rather than sultry electro-R’n’B, but Oscar And The Wolf plan to change all that. Yes, despite having a name that screams ‘Mumford & Sons imitators’, Oscar and the Wolf are nothing of the sort (and none of them are called Oscar, either) - the band is, in fact, the brainchild of Max Colombie, Brussels-based bedroom musician turned alt-pop producer. He’s been aided in this transition by Leo Abrahams, whose work with the likes of Brian Eno, David Bryne, Jon Hopkins and Wild Beasts makes him more than suited to the task.

Entity is the end result, and it’s clear from the off that Colombie has certainly nailed a unique vocal sound, filtering his voice to give it an arrestingly alien quality - combined with the space-age sonic backdrops, the overall aesthetic is a truly otherworldly one. ‘Joaquim’ sees synths zipping past like futuristic cars over a constant, enveloping bass hum, while ‘Bloom (Oh My Baby)’ switches between ominous, pulsating bass and flighty electronics. ‘Where Are You?’ and ‘Dream Car Ocean Drive’ have an almost aquatic feel to them, ‘Nora’ sees vocals and organ sounds intertwined in soaring to the heavens, and even on ‘Aistriu’, the album’s most stripped back moment, the reverberating pianos still maintain the album’s dream-like atmosphere.

Lyrically, Colombie alternates between lustful come-ons and heartbroken missives, and he’s certainly convincing enough when delivering the former. ‘Undress’ sees him leering “I can make you undress” with alluring confidence, while ‘Somebody Wants You’ sees him revelling in detached pleasure: “in the backseat/give it to you slow.” But Colombie’s heartache is where the record really shines. ‘Bloom (Oh My Baby)’ sees him quickly spiral downwards from fragile hope to hollow desperation (“oh my baby please come see me/I don’t want you to go now/baby what are you doing?”), while album highlight ‘Strange Entity’ sees the bitterness of loss set to dancefloor-ready synth pop, making the defeated cries of “come back, come back” all the more striking. It takes a Nancy Sinatra reference in the album’s final track, ‘Killer You’, for him to reconcile the two sides of his personality - “And I shot you down/but you’re my baby.”

The only aspect of Entity that proves to be somewhat of a double-edged sword is the vocal production. Sonically, it’s a perfect fit for the record’s style, but the lyrics can suffer as a result - specifically, it’s sometimes difficult to make out what Colombie is actually singing. ‘Princes’ is the biggest victim, with certain half-rapped sections seeing Colombie’s voice become one indeterminate blur - which is a shame, because it’s otherwise a standout slice of menacing, swaggering electronic hip hop. This is a relatively minor gripe though, as Entity ultimately achieves what it sets out to do by creating a unique and interesting atmosphere and maintaining it throughout - it’s rarely anything less than beguiling.