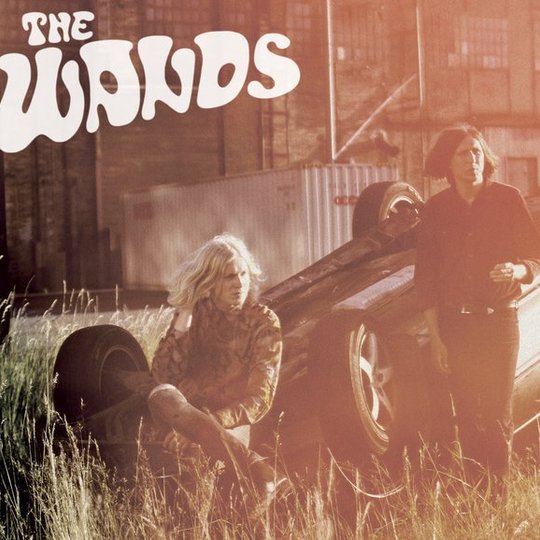 Whisper it quietly but there's a psychedelic explosion blowing up in Scandinavia. While Sweden undeniably leads the way with the likes of Goat, Les Big Byrd and The Janitors, the rest of Europe's frozen north isn't lagging that far behind. The Bergen district of Norway has boasted a vibrant scene for some time, spearheaded by The Megaphonic Thrift and home to acts like Electric Eye, themselves currently attracting attention outside of their native land. And Denmark can be proud of its contribution to the psych rock resurgence too, with artists as disparate in sound and style as Shiny Darkly, Tales of Murder and Dust and The Woken Trees all making their presence felt.

Which brings us onto The Wands. Formed in the summer of 2011 and based in the Nørrebro district of Copenhagen, their mellifluous blend of psychedelia takes its cue from late 1960's California without resorting to plagiarism or deity. The duo - childhood friends Christian Skibdal and Mads Gras - may have spent their formative years drifting in and out of various bands, but as The Wands they've clearly stumbled upon a suitable haven fit to house their experimentally-themed wares.

Having only released their first record last year in the form of four-track-EP Hello I Know The Blow You Grow Is Magic, their live performances at events like 2013's Liverpool Psych Fest and this summer's Eindhoven Psych Lab have quickly established them as one of the most exciting prospects to emerge from the scene they find themselves associated with.

Comprised of ten pieces recorded throughout this summer at Copenhagen's Black Tornado Studios, The Dawn marks the culmination of three years hard work for messrs Skibdal and Gras. Steeped in musical reference points from an era before they were born it may be, but they infuse enough social and cultural commentary about the current state of things ("On the planet of misfit boys, they jump at the chance of a good fight" - 'Sound of the Machine') to prevent The Dawn becoming a mere homage to bygone eras.

Take album opener 'And Full Of Colours', two minutes of swirling hallucinogenic rock in the vein of The Pretty Things. "Your dove is dead" spits Skibdal, dispelling any notion The Wands are hollow peace and love missionaries. 'She's Electric' - not to be confused with the Oasis song of the same name - flies by in a similar wave of enthusiasm no doubt garnered by revealing scrummages through the Pebbles and Nuggets back catalogues.

It's on album midpoint 'Get It Out Of Your System/Don't You Wanna Feel Alright' that The Wands urge to experiment goes into overdrive. As the title(s) suggest, they're basically two songs merged into one. Taking its cue from The Doors and the hazier elements of Can's back catalogues, it only serves to highlight both Skibdal and Gras as true musical voyeurs. Rummaging through the past to concoct their vision of the present, it's both mesmeric and revealing.

Elsewhere, the Eastern-tinged title track takes flight of fantasy from the off while 'Spell My Name', one of the duo's earliest compositions finds itself revamped and beefed up to the max compared to the stripped down version on the debut 10-inch. Of course, bands like The Wands will always come under scrutiny from the originality police over their unashamed allegiances with yesteryear but as introductory statements go, The Dawn offers a bright insight into its creators' psyches (pardon the pun).