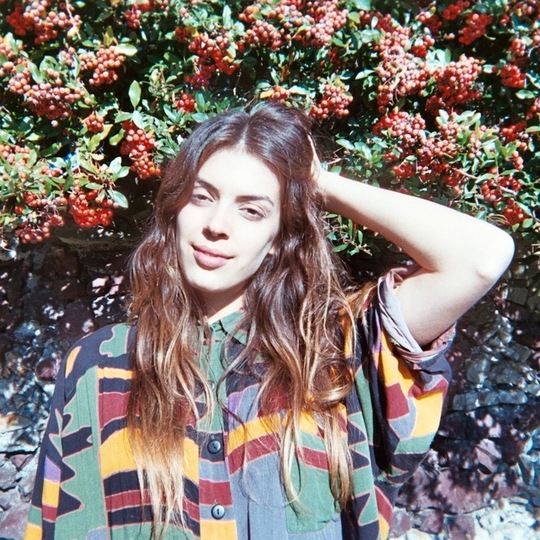 A common compliment given to solo-acoustic songwriters is that their albums let you get close to the artist; connecting to the listener with personal or confessional performances. Julia Byrne’s enchanting Rooms with Walls and Windows does the opposite: the longer the album goes on, the further and further away she seems to get.

These are incredibly quiet songs, performed as if she’s trying not to disturb someone sleeping in the next room. The picked notes glide off her fingers, with her rich, melancholic voice rarely rising above a whisper. Halfway through the album, she seems to literally retreat from the microphone; reverb blowing her soft voice around all the space she’s left for herself. At any moment, you could imagine Byrne falling into the crevices of her own songs, and by the final track of reflective synths, she’s actually vanished entirely.

The theme of constantly moving away is reflected in her real life biography; drifting across America, hopping from city to city. References to specific times and places often crop up in these songs, before unravelling into uncertainty and reflecting on unfulfilled possibilities. On the sprightly ‘Holiday’, Byrne sets the scene for an easy going romance (“we met on New Year’s Eve in New York City”) before arriving at the desperately sad “yours is not a number I can call on the phone”. In the absences she leaves in the songs, she allows the theme of loss to loom large.

Her sparsest song arrives early with the four and a half minute ‘Attached To Us Like Butcher Wrap’. It drips slowly into your ears, moving between two barely thumbed notes, subtly slowing its tempo down to a repetitive ooze. It’s song writing at its most skeletal and, although it’s no album highlight, it’s a successful experiment in testing the patience of her listener.

There’s nothing else anywhere near as slow going on Rooms with Walls and Windows, but ‘Butcher Wrap’ is a still a good showcase of the album’s general disposition. Byrne’s guitar playing could be described as ramshackle, were it not an inappropriate word for music so delicate. Notes skip slightly out of sequence, dropping tiny cues in the tempo, scattering quietly onto the floor. It has a gorgeously loose, listless feel; perfectly complimenting the tiny drawl of the vocal lines.

Records like this usually succeed through directness, but Julia Byrne brilliantly subverts this old truism. She starts from positions of clarity, and makes things vaguer – both sonically and lyrically – and creates a subjective reflection on past relationships and abandoned narratives. It’s an immersive listen with absolutely no breaks from its fragile atmosphere; a beautiful and beguiling record, full of space, absence, and mixed emotions.