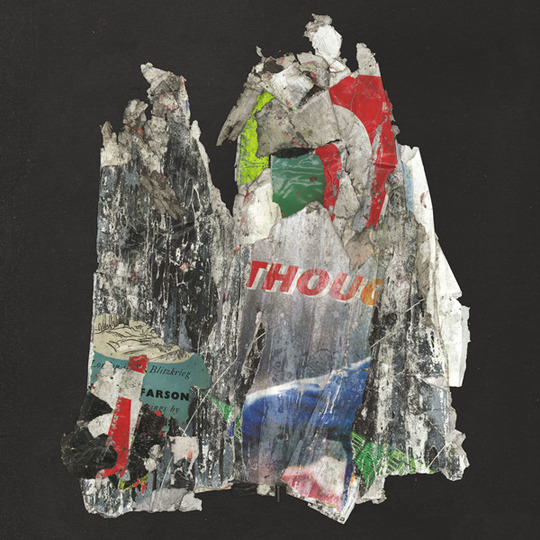 It's that time of year again, when the lycra lovers take to the streets to get all hot and sweaty. During the summer months everyone is a jogger. Everyone goes around, doing their jogging, making you feel bad because you don't want to do any jogging. You know you should do some, but there's just no fun in it. If only there was a way for someone to do all of the hard work for you...

Cissa, the new EP from TRAAMS, does just that. The record recreates the running experience, one cramp at a time. Admittedly, you won't feel the health benefits, but you can't have it all, so stop being so greedy.

Opener 'Giddy' sprints away from the blocks like a post punk Dwayne Chambers, chock full of angular riffs and angst-ridden vocals. It's exactly the type of stuff we've come to expect from the group. In fact, Cissa shows no real musical progression from last year's Grin, but who cares about progression? This is music. Leave the progression nonsense the keyboard wizards. Those fellas can't get enough of that stuff.

'Marbles' and 'Selma' take the pace down from a sprint to a pained jog. Like all the best indie rock, the songs ooze a lethargic hyperactivity, speeding up and slowing down in unison. It's the sort of music Steve Malkmus might make if he dropped a few bombs of MDMA every once in a while.

By the time we get round to 'Carousel' the group are clearly bloody knackered. Stu Hopkins' vocals drop into the distance, as if he is about to pass out from all of this metaphorical running. The song is the aural equivalent of a stitch. It drags its feet along, trying to pick up the pace, with its catchy chorus and art rock leaning, but it just cant reach the standards set before it.

Eventually, TRAAMS find themselves at the final stretch. 'Cissa' picks thing up from a walk to a healthy jog, chugging away in a somewhat psychedelic fashion. The track goes on and on and on, forcing a trancelike state upon the listener. The chugs get deeper and deeper, drilling further and further into the void. Until, suddenly, out of the blue, BOOM! The track reveals its punk rock soul, and the sprint towards the finishing line is on.The EP's finale uses the medium of Hookworms-inspired psychedelic punk to drag the group kicking and screaming through the pain barrier. Some would call it a second wind, but wind has never sounded this aggressive.

After a couple more moments of madness, it's over. The run is complete.

With Cissa, TRAAMS have proven themselves to be the type of band who will run a marathon for their listeners, and for that, we should be grateful. Though there is a tiny part of me that's always fancied shoving on some lycra...