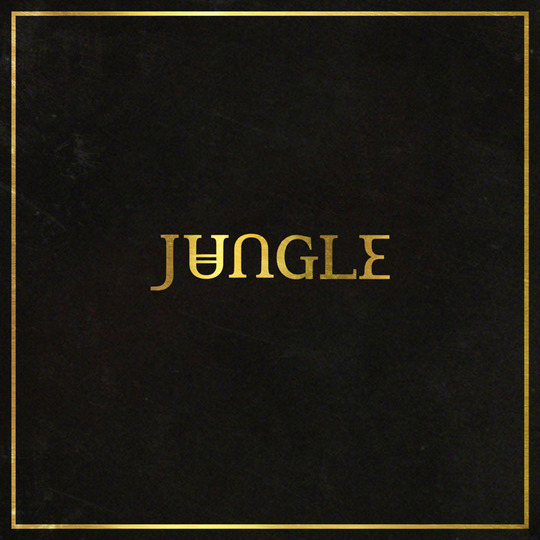 Ahead of this year's Mercury prize, DiS in partnership with Naim Audio's new wireless music system, mu-so, will help you GoDeeper into 2014's nominated albums. Today, we would like to turn your attention to the once-mysterious dance-loving duo Jungle. Here is Sam's review of the record, originally published back in July before the band exploded.

The notion of revelling in mystique has enjoyed an increased prevalence in music of late: acts from Burial and How To Dress Well to The Weeknd and Blood Cultures have drummed up pandemonium from stockpiling dry ice, anonymously dropping songs on SoundCloud and various enigmatic multimedia projects. Yet, as Polonius found in Hamlet, there are drawbacks to concealment: let us not forget WU LYF, who got many, many people very, very excited largely on the basis of their initial press-avoidance, but imploded after only one album, shortly after revealing their identities.

The excitement klaxon sounded once again in June 2013 as the blogosphere discovered Jungle, another hotly-tipped act who refused to give away much regarding their identities. They launched a well-planned charm-offensive, spearheaded by a handful of spellbinding tracks, two of which came with wonderfully choreographed videos. The question of who Jungle actually were was complicated further with their sole promotional photograph, which presented what’s now been revealed as their seven-strong touring collective dressed in a manner that would befit extras in an at-their-peak Duran Duran video.

Yet as the hype built to a reverberating crescendo – signing to XL, lavishly-praised as the saviours of all things music by a plethora of reputable sources - Jungle had their iron masks ripped off. They were revealed to be Josh Lloyd-Watson (known as ‘J’) and Tom McFarland (‘T’), two Londoners who’d previously been members of Born Blonde, a band that The Guardian had once tipped to be the 'baggy, space-rock' equivalent of Brother (remember them?). Digging a little deeper found a teenage J and T featured in the private school section of another Guardian article that aimed to find what teenagers really thought of their parents' lives: T decried Jodie Marsh’s fame whilst J confidently predicted that he’d be “touring the world and living a rock-star life. I want to be bloody famous and successful”. Could the internet, which had giveth Jungle so much, still taketh it all away?


All fears, however, of confronting what, or rather who, is emerging from the smoke are banished by one listen to Jungle’s self-titled debut. Comprising 12 tracks of superbly-constructed neo indie-disco, Jungle is a work that’s conversely perfect to either dance or relax to. The aforementioned Guardian article described J and T as 'retromaniacs', and whilst the Britpop revivalism has thankfully dissipated, there’s a keen eye here that’s unwaveringly focused on producing a magic potion that comprises of funk-era falsettos, Vice City-fuelled disco rhythms, and an abundance of luminous synthwork. And yet it all sounds so remarkably now that it’s unlikely to be easily dismissed by even the most esteemed of today’s hipster brigade.

By now you’ll probably be familiar with the police-siren call of ‘The Heat’ and the penetrative ‘Platoon’, whilst The Bee-Gees-esque ‘Busy Earnin’’ has probably cropped up on your radar at some point (it’s prime BBC-montage fodder now). Heck, if you’re even subjected to Radio One during the daytime then you’ll have probably heard latest single ‘Time’ flitter in between Greg James’ inane, pseudo-lad 'banter'. All four of these tracks are certified hits, brimming with immediacy without presenting any valid reason to grumble about their chosen avenue of greatness.

But it’s from hearing the brand new tracks that Jungle’s burgeoning songwriting mastery is really showcased. ‘Accelerate’ grooves along, its guitar break mid-way through jumpstarting affairs. There’s the romanticised strut of ‘Julia’, which’ll instigate mass body-popping in festival tents up and down the land this season, all imploring to know more about the eponymous Julia and why she’ll “be all I ever need”. The irresistible funk of ‘Crumbler’s bassline, meanwhile, drives a song that’s strategically placed in the tracklisting to carry on the momentum of the party that Jungle is hosting.

The carnival mood, however, takes a curious turn with final song ‘Lemonade Lake’. A mellow number that sees the familiar falsetto vocals rather depressingly lament “I don’t know what went wrong my dear / I’ve been searching for you for all these years”, it plays out over a largely-reflective instrumental that could almost serve as a sonic representation of Jungle re-entering the mist from whence they came - not exactly a rousing finale to said party.

So what next for Jungle? The fact that we’re asking this question, even with identities revealed and the wonder of their mystique deflated, is encouraging enough to make us believe that they’re an act to make a long-term investment in, especially given how, with this excellent debut, they’ve evaded the first jabs of Hamlet’s hype-killing sword.