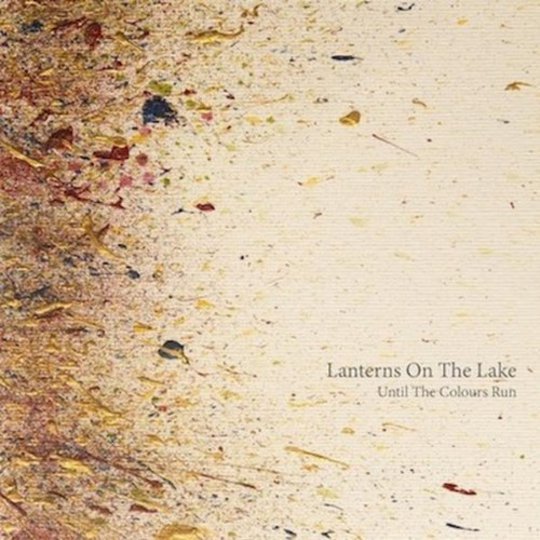 In 2009, Lanterns on the Lake launched their self-released Misfortunes and Minor Victories EP with a show at Ouseburn’s Boathouse (a delightful venue in an industrial regeneration area of Newcastle). The attendance was such that it was clear something was happening. The band seemed too complete to be constrained by their locality, too ambitious to slink back to the shadows and too invested in their art to be dragged back to a conventional profession.

Signing to Bella Union was the perfect choice. A label that is content to let its artists be themselves, unbound by sales expectations and image-makers, it suddenly seemed impossible for the band to fail.

Yet although not a failure, the resulting Gracious Tide, Take Me Home meandered too often for much of it to stick. The record’s best tracks - ‘Lungs Quicken,’ ‘A Kingdom,’ ‘I Love You, Sleepyhead’ - had already been released on the preceding EPs and the shipyard air so vital to their identity threatened to suffocate the album. While there were plenty of gorgeous moments, Gracious Tide... ultimately failed to live up to its promise.

In the two years since their debut, Lanterns have lost Brendan and Adam Sykes, which has forced them to reassess their sound. Since he contributed lead vocals on their debut, Adam’s presence was going to be difficult to replace. Wisely, the band have chosen not to, with Hazel Wilde now the sole voice for the band.

Opener ‘Elodie’ immediately sets the tone for Until The Colours Run. Opening with feedback and a post-rock climax reminiscent of touring partners Explosions in the Sky, it’s clear that this a rebirth. The whispers that seemed somehow apologetic on the debut are replaced by confident, bold strokes that indicate the band know exactly who they are. There’s even a proper guitar solo.

The electronics that seemed so essential to their initial sound are largely gone, and it’s somewhat surprising that they’re not missed. The record is warmer as a result, although still firmly rooted in melancholy. ‘The Buffalo Days’ sits on a bed of acoustic guitars, but the song soon stretches toward the sun, using electric guitar flourishes to brighten and fill the mix.

Likewise, ‘The Ghost That Sleeps in Me’ is a tender piano composition that would sit easily on their debut until it suddenly remembers that it’s part of this album, bursting into life in a flurry of distortion and woozy brass. There’s a sense of urgency all over this record that just wasn’t present before; a refusal to go unnoticed that infuses the songs with real purpose and emotion.

The lyrics, too, suggest a broadening of the horizons. Although it’s a release firmly entrenched in the first person, Wilde also touches on socioeconomics and the darkening of Northern skies. Lead single ‘Another Tale from Another English Town’ features the lines “it’s getting hard to breathe round here/to think round here/and we’ve been sold a thousand lies this year/we just want the quiet life/but they won’t stop until they see us in the ground.

A reference to the strangling of communities by a Conservative party so dismissive of the North East that its beautiful, unspoilt countryside was deemed 'desolate' and ripe for fracking, the song burns with quiet fury. Its protagonists might not want to fight, but that doesn’t mean they won’t.

Nevertheless, the most obvious development from the first record lives in the melodies themselves. As its title suggested, Gracious Tide... had a tendency to drift, unmoored by the absence of a hook. While this wasn’t always to its detriment, it made for a record that was easy to ignore. Here, however, every song has a strong identity, unexpected twists that command attention and melodies that burrow themselves in to be recalled, unbidden in the middle of the night.

Lanterns on the Lake have accomplished a rare feat here. While everything around them was rotting, they’ve swallowed it whole and spat it across a record that seethes, soothes, cries and burns. Not only have they made a better record than their debut, they’ve made one of the best records of the young decade.