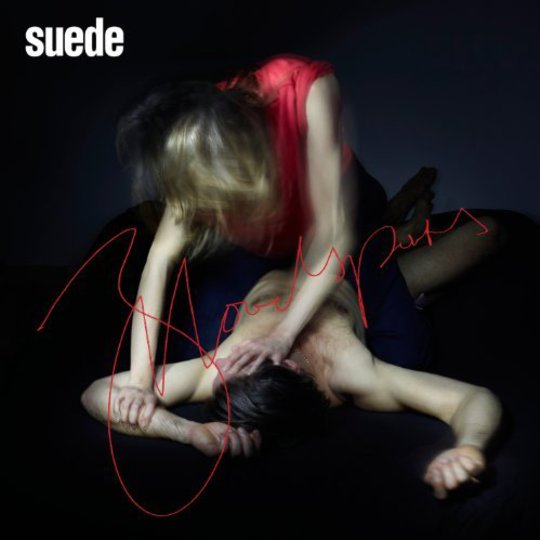 Basically, Bloodsports doesn't sound anybody involved in its creation was gomped out on crack. Beyond that - though not unconnected, one suspects - it's just a matter of common sense. So even with keyboardist Neil Codling is back on board, Richard Oakes' guitars are allowed a proper look in again. Singer Brett Anderson has stopped communicating solely in maddeningly banal rhyming couplets and started writing proper lyrics. There are hooks. Above all, after the band’s deliberate attempts to not sound like Suede on the stodgy Head Music and awful A New Morning, Bloodsports very much sounds like Suede.

At least, it almost does. Anderson has described Bloodsports as ‘a cross between bits of Dog Man Star and bits of Coming Up’. Perhaps uniquely for a musician attempting to persuade people that his comeback sounds like a cross between his most acclaimed album and his biggest selling one, he’s actually pretty on the money - Bloodsports shares a sense of grandeur with Dog Man Star, but channels it through the poppy concision of Coming Up. The result is a stately, mature and tuneful record which shares a fair amount of DNA with the more grandiose end of Eighties pop: the enormous, soul stirring chimes and widescreen lyrics of ‘Barriers’ have a definite Joshua Tree vibe, while the brooding ‘Sabotage’ vaguely echoes Talk Talk’s ‘Such a Shame’.

Considering the total disarray we last saw the band in, there is a staggering assurance to Bloodsports, a mastery of both economy and scale, and a seemingly effortless way with a melody that makes you wonder how they fucked things up so badly last time around (er, until you remember all the crack). Anderson’s voice is the strongest it’s ever been on record, a holler so forceful that there are moments – as on the supercharged ‘Snow Blind’ – where it’s so loud as to be almost indecipherable. It is, in many ways, exactly the sort of album that you’d expect a middle aged, arena-accustomed Suede to be making after years of success; coming from a group of people who’ve not had a hit since 1999, the sheer chutzpah is impressive.

But there is something missing. Suede made some very bad music on drugs, but they also made a lot of good music. Despite its forcefulness, Bloodsports has something of the hollowed out feel of the recovering addict. There’s no grit or grime or aggression or unpredictability to this record; it's ambitious, but in a professional rather than musical way.

Not that there's anything wrong with professionalism. These are solid songs, but the real problem is the stadium scale production. For all the vigour and discipline, every note on Bloodsports feels polished to virtual sterility, steroided to sexlessness. That goes double for the vocals, despatched with great effort but so buffed and loud and layered in reverb that they almost feel emotionless. Which is a real problem when the lyrics are uniformly concerned with love and lust: throughout, Anderson sounds about vulnerable as a really big tank. In the poppy rush of the album’s first half that’s not such a problem - it might even be helpful. But in the slower, nominally more musically interesting second half, things go awry: ballads like 'For the Strangers' and 'What Are You Not Telling Me?' skim by frictionless and unmoving, and the wannabe epic track 'Always' glides forward glassily, listlessly hinting at a meltdown climax it never really attempts.

It’s easy enough to mutter something about Bernard Butler or point the finger at producer Ed Buller, but he’s proved a nothing if not versatile foil for the band over the last two decades. This is surely exactly the album Suede wanted to make. And probably they’re right - Bloodsports may be a bit bombastic for headphones, but it’s going to sound great on the festival circuit.

So swings and roundabouts, then, but for all Bloodsports’ faults, it’s still pretty good. If it had come out in 2005 you’d say the band had arrested the decline. In 2013 it’s a bit adrift from things, but not as much as you might expect. Whether Suede ever make another truly great album to match the first two is still doubtful. But it’s less doubtful than it was a decade ago, and you get the impression the band are going to give it their damndest.