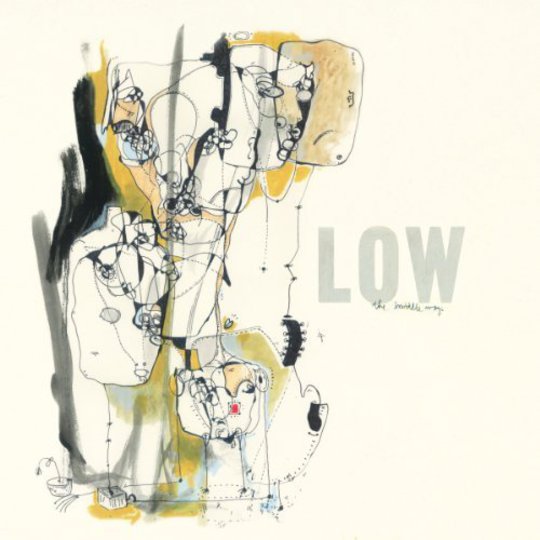 Twenty years and 10 albums – the numbers would point to The Invisible Way being a landmark moment for Low. And yet instead of a career-defining opus, what we get is arguably the band’s most low-key record to date.

It’s apparent that the making of The Invisible Way was characterised by its efficiency. The album’s tracklist and stripped-down aesthetic were determined at the demo stage, with the finished product recorded quickly and simply with Wilco’s Jeff Tweedy last autumn. The resulting record isn’t exactly breezy – Low could never be accused of that – but it is a markedly low-maintenance listen. The Invisible Way doesn’t seem overly concerned with reaching out to a new fan base, but for the already initiated it serves as a fine reminder of how good it is to have Low around.

In other hands, such a no-frills approach could seem slapdash – but, of course, Low are nothing if not considered in their approach. And besides, the tight temporal and aesthetic parameters do lend the album a strong sense of coherence, with the band’s trademark melancholia underpinned this time by acoustic guitar and piano. Indeed, if early-Noughties track ‘Don’t Carry It All’ was known as their campfire song, then The Invisible Way must be their campfire album.

But what it does mean is that, although Alan Sparhawk and Mimi Parker’s melodies and harmonies remain as exquisite as ever, truly standout moments are slightly thin on the ground. ‘So Blue’, the first of five songs fronted by Parker, makes the best use of the template, pushing it to its limits and conjuring impressive intensity with her insistent vocals and Steve Garrington’s understatedly climactic piano. But while restraint has always been a key ingredient in Low’s spellbinding back catalogue, here it serves to clip the wings of a track like ‘Just Make It Stop’, a Parker-fronted pop song so irresistible that it feels slightly hamstrung by the album’s sonic palette. When the template is finally shattered by Sparhawk’s distorted guitar on penultimate track ‘On My Own’, it’s rather too little, too late.

But whatever the merits of the arrangements, Sparhawk’s lyrics continue to fascinate. In the opening track, ‘Plastic Cup’, his tale of archaeologists of the future unearthing the titular vessel is cut short with the startling interjection, “Maybe you should go out and write your own damn song / And move on”. Similarly direct are the words to his uncharacteristically unambiguous paean ‘Mother’, but it’s perhaps on ‘Waiting’ where his lyrics are at their most moving, declaring his eternal fidelity even when he’s at his most volatile – “Leave it alone / Dogs come home”.

It’s a fitting sentiment, because The Invisible Way is above all a record that’s comforting in its familiarity and reliability. It’s the sound of Low passing up the opportunity for a twentieth-anniversary blow-out and opting instead for a quiet get-together with old friends.