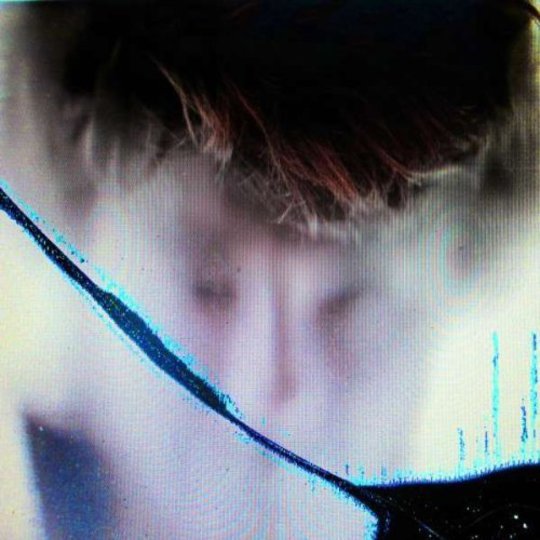 Airick Woodhead, aka the Doldrums guy, grew up like most dystopically-inclined under-30 laptop musicians: getting his angst on to Radiohead. His favourite Radiohead album is probably Hail to the Thief, and to employ the style of critical analysis du jour, this information might be sufficient to gauge your prospective enjoyment of, or engagement with, or tolerance for Lesser Evil, the young Montreal man’s debut LP. But peer beneath the cosmic tetchiness and there’s an underworld of whirring thematic cogs.

Woodhead’s former band Spiral Beach zipped cutely along the indie-pop rails, and if his latest output of sci-fi-influenced psych-electro can be considered evolution, it’s of the GM variety. Lesser Evil is an exploration of a community’s lack of monoculture, subsumed in sounds, ideas and glimpses of social malaise that refract in on themselves like a cultural prism - it’s as much Spaced as Spacemen 3. Around a whispered refrain of “If I don’t see it, it’s not there”, the SEO-friendly title track seamlessly crowbars in buzz-terms like “nostalgia,” “hype-up” and “backlash”: here’s a man so immersed in the internet that its terminology is suffused in his daily existence. Which is to say his music is schizophrenic, in both senses of the word.

While Lesser Evil's Bjorkish bleeps and verse-chorus-verses are pure pop by comparison to the Montreal noise scene of which Airick counts himself a fan and participant, it’s ironic that the ruthlessly self-analytical headspace which the album occupies was encouraged by profit-motivated government grants: institutions like MTV, CBC radio and Much Music won’t get within sniping distance of music so terrifically demented. Although this is hardly cause for concern, one minor problem with Lesser Evil is that it doesn’t sound quite as fun - in the sell-your-house; buy-sandals; join-the-circus sense - as one expects Doldrums are fully capable of sounding. Especially considering the ferocity of Airick’s sample-splicing Empire Sound EP, songs like ‘Golden Calf’ impress but never quite thrill, verses hanging loosely together like somebody tried to build the universe in an impossible bottle but didn’t order enough glue.

Still, it’s all pretty engrossing stuff, and in any case no such charges can be laid at the door of sand-storming single ‘Egypt’, which lets loose a can of psychedelic worms into streams of exotic, intrusive samples and androgynous vocals delivered in the tone of a child who’s just been told magic is real. The song remains among 2012’s finest achievements.

As a leading member of Montreal’s self-sufficient loft-party movement, Airick establishes himself here among a set of introspective, boundingly curious creators that harness the stereotype of boring, bookish dudes and make the general act of being a bit of a paperback-sniffer seem like the coolest thing in the world. For that, at the very least, we can thank him.