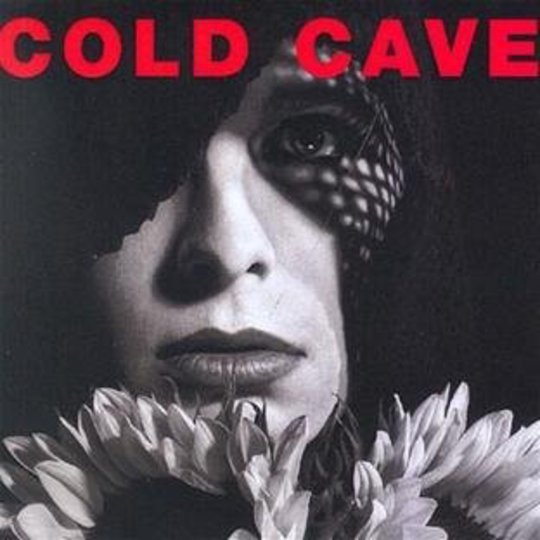 So what happened? What happened is the only thing I can think throughout the first few listens of Cold Cave’s second album, with every subsequent spin less an opportunity to further digest than an effort to double-check if things really are as palpably awful as they seemed the last listen around. This sense of disbelief comes with the fact that debut Love Comes Close was a slightly patchy, but mostly striking, rush of synth-pop brilliance that, in its best moments, created a dark, glistening, threatening, beautiful, hopeless, defiant atmosphere in which you would gladly get lost amongst the perpetual gloom, sallow lights and garish neon trim. In his review of Love Comes Close, this website’s Andrzej Lukowski decided that Cold Cave (essentially the work of Wesley Eisold with a rotating group of contributors) had easily avoided the potential pitfall of becoming a "shitgaze sideshow". So why is that now the perfect phrase to describe this tired second effort?

The album begins and ends with the most two palatable, if not actually pretty decent, songs on the album, but let’s start with the bad first. Second track 'Pacing Around The Church' is so perfectly terrible I think I might sort of love it. If a group of musicians spent hours huddled together in an attempt to construct the most reductive, limp and lifeless approximation of the ‘angular’ (eurgh) post-punk-pop sound that became so ubiquitous about SEVEN FUCKING YEARS AGO, they couldn’t top this. It whisks you to a world of Topshop changing rooms and T4 promos so perfectly that it almost becomes a thing of beauty. But then it just grinds you down until you think, it just… I mean… it just doesn’t have to be this way, y’know? We don’t have to do this anymore. I know it was great when everyone started wearing grey shirts and doing their top buttons up in 2004, but it’s over man. Sure we all loved The Departure back then, but they’ve (surely) split up now and we should just move on with our lives.

Unfortunately the album never gets over this artfully bad start and the next eight songs go by in a haze of farty synths and soggy shots at romantic splendor. And that voice. In the press release, Eisold cites Scott Walker’s vocals as an inspiration for his attempt at a new bolder vocal sound, but almost every word grates so perfectly that the harder Eisold reaches for straight-faced grandeur the more comic everything becomes, until lyrics and lines from the press release provide rich pickings for laughs. (‘Nocturnal activity has always played a pivotal role in Eisold’s art’. GUFFAW! ‘Not unlike Lou Reed, Baudelair or Jean Genet’. CHORTLE! ‘You can seldom count on love, you can often count on hate, and you can always count on death as your fate’. ROFL! ‘The curse of feeling everything, and nothing ever at all’, ‘I will love you in the future forever, until my heart explodes. And it will’ AHAHAHAHAHAHA! Yeah, you wanna watch out for exploding heart mate, it’s a fucker for stains, that is. Bit like Ribena). Part of Love Comes Close's success was derived from the interplay between Eisold’s far more subtle vocals and Caralee McElroy’s icy, synthetic whispers, yet here Eisold mostly chooses to go it alone without any lead female vocals.

But now the decent. 'The Great Pan Is Dead' and 'Villians Of The Moon' really do work quite well, in that they have that super earnest and defiant Eighties teen-angst thing going on, and the hooks and the force of the delivery actually makes you feel something that isn’t listlessness or despair. In turn, the approach of these standout moments makes you think of M83’s Saturday’s = Youth, which is actually quite helpful in figuring out why Cherish The Light Years never quite feels right. On Saturdays = Youth there is an elegantly crafted sense of theatricality and heightened melodrama that is perfected until the listener is happy to spend time in a world where everyone is forever 17 and desperate for some sort of release. Whereas here you feel a similar sensibility is constantly reached for but never adequately grasped because Eisold is always with one foot in his own tiresome and clichéd world, and so unwilling, or unable, to create a convincing sense of romantic fantasy, these two tracks aside. And this style is a particularly unforgiving one to reach for and miss.

If Cold Cave were British with a hint of hype or burgeoning sense of wider popularity about them, Eisold would probably be getting it from all angles about now. As it is, he’s American with relatively little being said about him and Nick Zinner and Daryl Palumbo playing on his record, so he might just get away with it. But whilst everyone else continues to pelt fellow pastiche merchants White Lies with sticks and dried lumps of shit, I might unfortunately suggest Cherish The Light Years to be an equally deserving recipiant of your faecal ammunition.