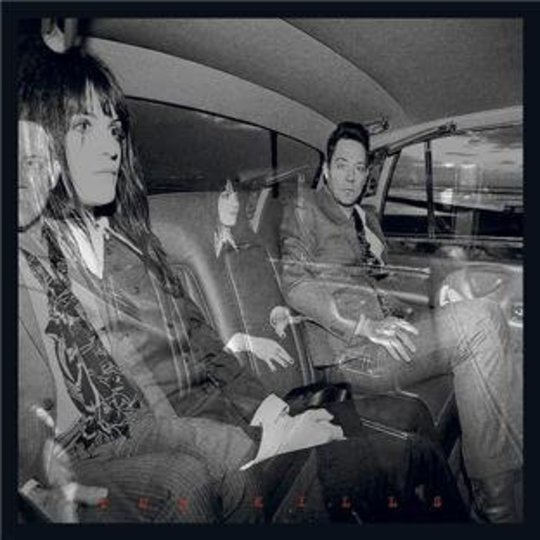 Since the release of their debut, Keep On Your Mean Side, back in 2003, The Kills have given less than a flinch to passing genres and fads: the girlfriends may get more famous, but the minimal garage blues remains the same. And, once again it looks like they’re taking no prisoners.

With Alison being away recording and touring with The Dead Weather for the past two years and Jamie sparring with the paps, the marks the first time the duo has been back in the studio since Midnight Boom. Recorded at the Key Club Studios in Benton Harbor, Michigan, Blood Pressures was produced by Jamie Hince alongside engineers Bill Skibbe and Jessica Ruffins, who also worked on Midnight Boom, with additional production duties back in London from Dan Carey (Hot Chip, Franz Ferdinand). So, with the same team in place and described by Jamie and Alison as a 'dark record [...about] gender, about relationships, about sex', Blood Pressures should see the band back at work as normal.

The low and dirty hips-swaying drum beat, short-sharp reverberating hooks and purred vocals of opener ‘Future Starts Slow’ would suggest that their tried and tested formula hasn’t been muddied during the duo’s separation. ‘Heart Is A Beating Drum’ and ‘Nail In My Coffin’ stick the same vein, like Midnight Boom shot full of the rawness of Keep On Your Mean Side and the subtle electronics of No Wow. But if you listen closer there’s been a gentle evolution of the band’s sound: the drums are denser and more layered and the riffs richer and more diverse.

‘Nail In My Coffin’ has a heavy driving beat manufactured by Jamie sampling a bass drum on a mellotron-style keyboard, which gains more momentum and bpm as the track pushes through to its finale. ‘If You Don’t Own The Road’ grinds and groans like an aching piece of machinery as Alison’s snarl soars over the angular crank of Jamie’s guitar: “Come on over if that’s the way you feel”. With Jamie supposedly going to the extremes of experimenting with using seven different amps set to different frequencies in seven separate rooms and even taking to raiding a high-school music room whilst out in Michigan and Alison also expanding her vocal range with Dead Weather, the duo clearly wanted to break new ground here.

It’s clear that Alison’s time in the Dead Weather has trickled into this album: the menace and fuzz of ‘Satellite’ and the softly rustled drums and acoustic blues of closer ‘Pots And Pans’ wouldn’t be out of place strummed by Jack White and his Raconteurs.

But where Blood Pressures differs significantly from their previous output is that The Kills have started to write more traditional songs moving on just slightly, although not totally to the centre of the left, away from the previously dominating jagged riffs and vocal sloganeering. ‘Baby Says’ is a slice of tooth tingling sweet pop: deceptively starting with an echoing Stones-like riff then gliding effortlessly into a swimming mileu of the Cramps' reimagining Spector’s wall of sound before exploding into an intoxicating cloud of reverb. The standout track is the Mosshart penned ‘The Last Goodbye’, on which her vocals are distinctively subdued but wrought with emotions as she cries “how can I rely on my heart if I break it with my own two hands”, her voice rippling as the piano and off-key strings mirror her vulnerability - it’s the furthest removed from anything The Kills have done before.

Both tracks are a vacation from the hard subject matter of the band’s usual lyrical repertoire, for the first time showing the softer side of love and love torn apart, away the overarching brutal themes on the album of the femme fatal, of ‘Dammed If You Do’ and arrogant sneer of, ‘Nail In Your Coffin’.

The record’s only real weak point comes on‘Wild Charms’. Jamie takes the lead vocals for a change and can’t quite muster the intensity of Alison or even his former days as frontman to Nineties indie underdogs Scarfo. Only 1 minute 23 seconds long, it limps along like a wounded dog before thankfully being taken out by the shotgun opening of ‘DNA’.
The Kills are back - still covered in dirt, sleaze and reverb, but with a cleaner, softer centre.