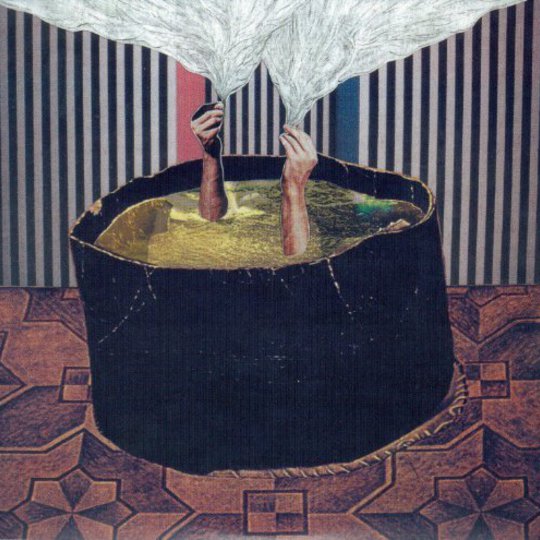 I doubt anybody expected a second record by The Phantom Band for some time truth be told. Checkmate Savage was a great debut, littered with ideas and musical gems that deserved to be heard by a far wider audience than they inevitably were, but it was also one which hinted to fans that the band would need time to return with something that could better it.

Yet a mere 18 months on, the Glaswegian sextet deliver us The Wants, which is surely destined to become a classic British record given time, space and the correct exposure.

Early mainstream press reviews of the band’s second offering have compared it to the progression Wild Beasts made between albums and it’s an analogy that sits well in a variety of ways. It’s an even more wide ranging record - shorn of the more obvious moments on the debut that slightly betrayed their influences – and one that sounds like a band truly realising each other’s role within the unit.

It’s also a record that, like the aforementioned second effort, is unconventional, at times epic, uniquely British, shot through with humour and slightly unhinged. At its heart is a set of songs that successfully merge folk, krautrock, filmic soundtracks and anthemic singalongs into a coherent whole. It also nods to the often ill-fated concept record, being littered with moody wind instruments, unexpected production touches and eerie couplets about barren natural features.

Due to the record being such a flowing unit, it almost seems unjust to settle on standout moments – songs often finding themselves in a position to be deemed highlights due to the hard work of a scene setting section lasting for several minutes beforehand - but there are numerous examples which reveal themselves after a few listens.

The opener ‘A glamour’, for instance, represents so much of what The Wants is about. Beginning with some kooky leftover sound effects of a baliphone being sawn into tune, it stomps through an ever changing lyrical landscape with an urgent solo guitar riff for company, unveiling its gentle centrepiece early on before eventually coming together to form a huge storm-like crescendo and then quietly returning to its natural state.

A rousing finale is a trick they employ subtly and variedly, such as on ‘Into the Corn’, when after a shimmering Wild West-esque moody first few minutes, Rick Anthony’s soulful vocals emerge out of an achingly beautiful, simple guitar line repeating "Into the corn I fled / Everyone I knew there was dead". They fleetingly vanish once more, before returning defiantly for the end over one of the few nods to the motorik beats of the debut. Or on the mesmerising ‘The None of One’, a far more gentle ride, but one that’s more raw and wild eyed, helped immensely once more by Anthony knowing exactly when to inject more gravitas and strength into his already resonant vocals.

Elsewhere ‘O’ begins softly before hauntingly warning that they’re "going to get all these books and burn them" over an apocalyptic bass fuelled bonfire; ‘Everybody Knows It’s True’ plays around with vocals and layering in a manner which I can’t recall ever hearing before; ‘Come Away in the Dark’ is breathlessly barren, showcasing that the band don’t need dozens of production techniques to create poignant work; and ‘Mr Natural’ manages to be both rocking and soothing, forming the album’s heart and most instant ‘hit’.

And I’ve not even begun to touch upon their most ambitious song yet – ‘Walls’ – or the ridiculously OTT but stride stopping ‘Goodnight Arrow’ - but even after countless play throughs, I feel unprepared to tackle these songs’ depths. This ia body of work that will please and relate to few on the first listen, but come to do so much more than that given time.

The Heart of the Nightlife