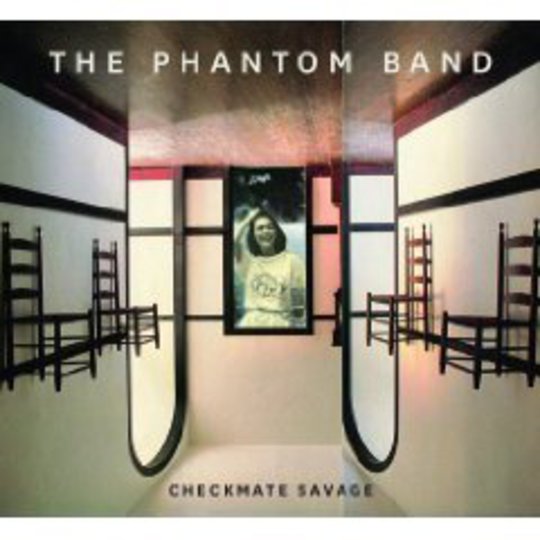 Getting ahead of myself a bit here, but what the hell: The Phantom Band offer up a wonderful debut record in the form of Checkmate Savage, and one that categorically deserves not to get lost among the flurry of releases January has offered thus far. It's an album where imperfection and ambition mingle in admirable outbursts of creativity, and myriad genres are straddled and subverted throughout. Progressive tendencies meet straightforward singalongs, while percussive and choral interludes rear their heads in a manner occasionally slovenly but more often than not bursting with vitality. If, at times, it's not the easiest record in the world to engage with, rest assured the next track might change your outlook on it completely.

The six members of The Phantom Band work in fields disparate as art, law, social work and librarianship when not partaking in Phantom duties. Under the tutelage of Paul Savage (ex of The Delgados), they recorded the album in sessions that took in inordinately long, formless jams, a number of different influences from each band member, and, ultimately, a shit-tonne of arguments. That this is apparent on the finished product is laudable – the band’s wilful diversity sees traditional folk rest alongside Krautrock leanings on 'Folk Song Oblivion', and a motorik beat pummels threateningly atop a bagpipe-backdrop before exploding into swathes of noise on 'Crocodile'. It's also sometimes a little hard to stomach, as the grim, Beefheart-esque push of 'Burial Sounds' is blacker than black, while the spiralling intro that heralds 'Throwing Bones' seems wholly inconsequential.

But perhaps that's missing the point. When The Phantom Band hit their stride they’re hugely impressive; that very same song typifying their eclectic approach (three minutes in a sudden outburst of barbershop-quartet vocals clamber over each other out of nowhere). The impression given is one of tongues lying firmly in collective cheeks, with the nagging notion that they'd do well to remove them more often. The album's centrepiece is a gorgeous, hymnal exercise in epic songcraft entitled 'Island'. Based around a gratifyingly simple, ascendant melody, it's both the straightest thing on here and the most resoundingly, enduringly affecting, echoed by the vulnerability and admission seeping from closer 'The Whole Is On My Side': "I know I have been foolish," intones "Richard The Turd" Princeton over a gentle, undulating groove – "I was only trying to behave like a man."

Their moniker apparently derives from a propensity towards changing their name with every live appearance (Robert Redford was one such title, Wooden Trees another), which is about as indicative of the often perverse but ever-playful nature of this album as you'll get. 'Left Hand Wave' is another highlight; like a remorselessly sinister Beta Band in its propulsive whir and soaring climax. Indeed, what one listener might immediately dismiss as overblown and indulgent is just as likely to engross another. It's a direct result of the frightening array of genres explored here, and one that renders Checkmate Savage – however frustrating it might be along the way – a journey emphatically worth taking.