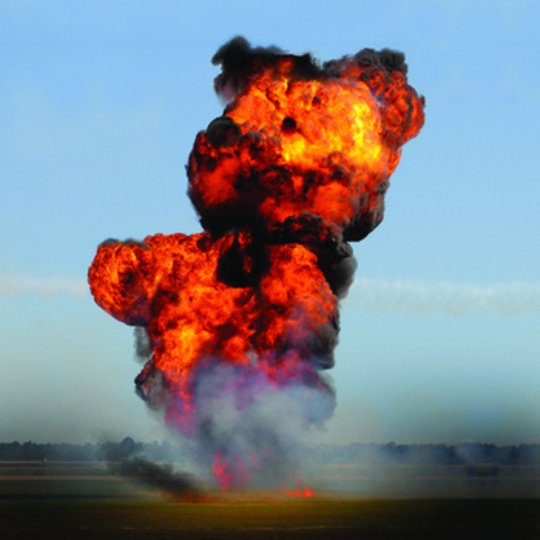 It’s pretty obvious, to this reviewer at least, that The Chap are a band you either truly love or hate. When you summarise the elements which make the band what they are, I’d firmly put myself down for the latter in theory; a quirky British pop band named after a fairly pretentious men’s magazine, who share it’s sense of humour and air of snobbery whilst employing a mix of experimental, edgy instruments no other band would touch with a cellist’s bow. But the truth of the matter is that I unashamedly REALLY love these guys.

For a start, I can’t think of anyone else like them. In terms of their humour, there are a few lyricists who toy around with well-judged comedy in their words but none manage to pull it off with the simultaneous air of elitism and barefaced cheek these ‘chaps’ do. Take album opener ‘We’ll see to your breakdown’, with it’s cheery opening chorus of “You will never have a job / You will never have much in this town again / We’ll see to that ‘cos we hate you”, sung in a condescending manner over an upbeat layered vocal. Or previous standout single ‘Well done you’ with the lyrics all employing management speak over the top of a superb walking bassline, throwing up such nuggets as “You’ve really shown ambition here / A little rough around the edges / But who cares with an outcome like this?”

Likewise, I can think of acts such as The Fiery Furnaces who change their style with every release and make records as catchy as they are challenging, but even they aren’t quite as consistent or streamlined or… well, Goddamn addictive! Tracks like ‘Even your friend’ betray their pop leanings, but recognising the tune will likely take a handful of listens and a period of adjustment to some of the invention and production utilised.

Much like their first 3 records, Well done Europe isn’t a record which can be judged particularly accurately on first listen, but it is arguably a more immediate one. It sees the band taking these distinctive character traits and once more refusing to repeat any ideas that have gone before; eschewing the rockier, opening numbers of past offerings for a more ‘upbeat’ and coherent record. It echoes the relationship Hot Chip’s latest has with it’s back catalogue brethren.

There’s a distinct summertime feel to the LP, best demonstrated on the sing-a-long centrepiece ‘Nevertheless, The Chap’ with it’s dual vocalised calypso calls and tribal drum backbeat. Being a Chap record, obviously this is counter balanced with some rousing lyrics that sit awkwardly on paper but marry up wonderfully well in execution, becoming almost euphoric: “36 with the Hits FM / And we’re staying up past 11pm / Watch some girls go by / And time goes by / And then we die-ie-ieeeieeee”

Elsewhere ‘Gimme legs’ dares to echo those early, slide guitar Pixies recordings, recent single ‘We work in bars’ weighs in with the most straightforward, upbeat chorus on the record, ‘Torpor’ reminds us that they haven’t ditched their guitars entirely with it’s stop-start riffs and ‘Few Horoscope’ verges on balearic chill out filtered through a distortion pedal and clever wordplay.

There is a really real chance that you’ll never be able to get past their polarising persona; I was wholly unconvinced myself when I first heard them 4 years back. But there is also a very strong chance you’ll love them and their off-kilter mannerisms, with this being the perfect entry level. Well done Europe has a couple of weak tracks (such as the slightly awkward closer with it’s basic lyrical couplets) but is an understated pop gem of a record, and definitely one which can be rightly labelled a ‘grower’. You owe it to yourself to see if it’s to your liking because if it is you’ll never look back, having discovered one of the country’s very best bands.