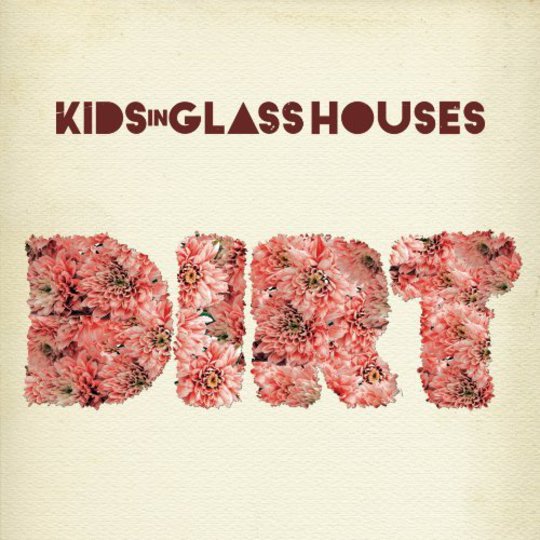 For casual observers, the emo/power-pop/post-hardcore/whatever the fuck it's called scene happily died a death some time ago. Panic! At The Disco were little more than noisy and vaguely more literate extrapolations of Fall Out Boy, who, in turn, were little more than cap'n'cardigan-wearing, overfed versions of Blink 182. All share the same invisible-clothes-peg-clamped-to-bridge-of-nose affliction. In other words, their frontmen sing like horseradish sauce has been piped into their nostrils; a nasal whine to strip wallpaper off walls and make bodies go backwards through puberty.

Predictably, emotional pop-punkers, Kids In Glass Houses whine too. And they whine good. They also think they're American, even though they're from Cardiff. In fact, they sound more American than most Americans, such is their obvious deference and commitment to the emo-rock cause. Prouder Welshmen, you're unlikely to meet. OK, OK; that's pretty harsh on a band barely older than Mcfly in their pomp, playing a genre of music that, despite this writer's casual standpoint, still has more than mere hardcore support. And even if the scene's major proponents rarely trouble the charts this side of the pond, there are just about enough noteworthy albums – Paramore last year and Motion City Soundtrack this, being two finer examples – to suggest that, when done well, there's life in the old emo dog yet.

Unfortunately for Kids In Glass Houses, second album Dirt isn't the snarling, teeth-licking, tearaway greyhound that is brand new eyes, nor does it possess the compositional maturity that immediately sets My Dinosaur Life apart. And, as mentioned, they're not American Real Deal-ers. While this is a factor that can certainly be ignored, it can never be wholly forgotten; and it's a critical problem for Dirt. Sure, Kids In Glass Houses do more than a passable job of copycatting their American baggy-shorted idols. But like the emo genre, which often sounds far too hollow for the emotions that is professes to convey, Kids In Glass Houses feel like a British act without a plausible sense of identity, an act bereft of genuine homegrown spirit. Consequently, Dirt feels contrived when it should sound as innocent and fun as the start of the summer holidays and the end of a load of bastard-hard exams.

Despite the band's confused identity, there are some definite positives. Dirt, like so many emo records, is unquestionably a singles album. The best news is that the singles and future single contenders are strong enough to prevent Dirt from being an outright flop. 'Youngblood (Let It Out)' and 'Matters At All' are good enough to soundtrack an inordinate amount of coming-of-age movies and drunken teenage misadventures. For Kids In Glass Houses devotees, tracks like 'The Best Is Yet To Come' and 'Sunshine' will feel like antidotes to the world's ills, and that's most certainly no bad thing.

But let's not get carried away. This is an album that peaks early and then repeatedly flatters to deceive. Guest appearances from emo A-listers, New Found Glory on 'Maybe Tomorrow' and the improbably appearance of The Saturdays' Frankie Sandford on the horrible 'Undercover Lover' can't resuscitate the album's second half. Tortured ballad 'The Morning Afterlife', full of sharp intakes of breath and, presumably, clenched fists, is overproduced, overly sentimental and worryingly close to Savage Garden's regrettable canon of work. Truth is, the relative strength of the first half destroys any chances the second half ever had.

The best emo records – or make that the best pop records – live and die by their ability to feed the listener with a relentless barrage of gleaming, skyscraping pop. Reflective lulls can be tolerated or even enjoyed, as was the case with brand new eyes, but stop that pop carousel at your peril. Too many of Dirt's tracks repeat the same trick as the singles, but they're like punch without the alcoholic kick: you can probably smell the whiff of pointlessness from here. This is a genre – and an album – utterly dependent on its own consistency. Kids In Glass Houses are far too wide-eyed, clean cut and white of teeth to delve into murkier, more emotionally complex territories quite yet. But then that has always been the thing restricting emo. It's emotion without the emotion. And there's that god-awful whine.