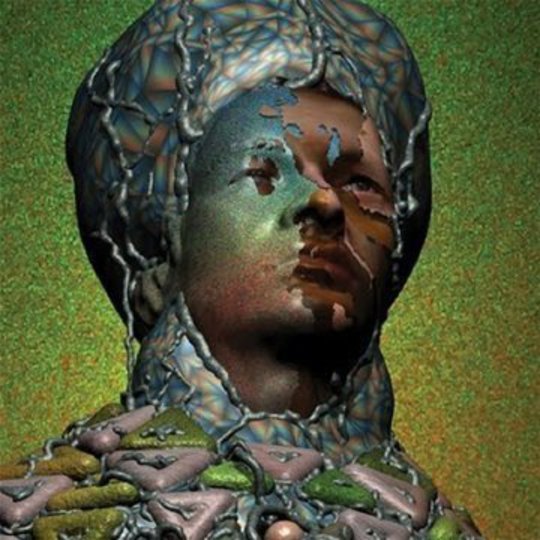 Until ‘Ambling Alp’ reinvented the band with a single shuffling stroke, my abiding memory of Yeasayer was not a particularly happy one. It is May 2008, and the sun is doing its damndest to immolate the town of Camber Sands, currently playing host to the Pitchfork-curated ATP. Yeasayer march on in a cloud of dry ice, begin playing an intro so absurdly portentous that it briefly threatens to be the most mind-fuckingly Dionysian thing EVER... and then, um, yeah, it sort of turns into an experience not un-akin to being baked alive at a Roger Waters concert. The band are playing world-influenced prog with very earnest expressions on their faces, and the demented temperatures put paid to the escape of chat or other distractions, definitively (erm, well...) revealing that debut album All Hour Cymbals really does only have three truly A1, top notch, weapons grade awesome songs on it.

With a respectful nod to the excellent ‘Tightrope’ (which, like many good things, comes from last year's Dark Was The Night charity album), it was ‘Ambling Alp’ that rewrote Yeasayer’s story. It is, quite possibly, the most lovable piece of music to ever usher forth from a bunch of New York semi hipsters. It is this cute. Cuter, maybe. A clumsy sploshing of water begets a strange, birdlike wibbling sound, which in turn yields to a clopping field of primary coloured thunks and hisses, like some wonderfully childlike machine chuckling delightedly to itself. Then Chris Keating starts singing. Last time he was all: “I can’t sleep when I think about the times we’re living in”. It was a bit pompous. Now he’s all: ”now kid, I know I haven’t been the perfect man”. Ahhh: he sounds warm, reassuring. Bet he’s been quite perfect. Then some massive bassy squelches bloom into life and altogether now: ”stick up for yourself son, never mind what anybody else done”. Okay, the song is actually something or other to do with Italian boxer Primo Carnera but the fact is it’s a wondrous hug of a sentiment, one carried off by finding the emotional sweet spot that lurks betwixt being dispatched without irony, but not being unbearably sincere. It is certainly bolstered by being set to music sounding like the best kids TV theme that never actually existed. Toss in the unfathomably bizarre video and Yeasayer are a band repositioned.

Maybe that’s the slight problem with the long lead time on second album Odd Blood. If you’ve known for a while that Yeasayer have reinvented themselves as fine, fun purveyors of skewiff electropop, then a couple of months living with Odd Blood may lead you to the conclusion that the band have raised the bar so high in places that the record as a whole doesn’t quite measure up. Obviously I’m talking about ‘Ambling Alp’ here, but also superb opener ‘The Children’, wherein Keating’s voice is processed to an incomprehensible buzz, which still has the audacity to aim for a singalong melody, the line “la da da dada da da” just about discernible through the haze. It sounds weird and alien and sexy and not really like a whole lot else, except possibly some sort of strange bastard offshoot of the whole autotune fandangle.

The rest of the album... well, it’s good, but it doesn’t sound like weird alien music. It sounds like a good Eighties-influenced electropop album, one given a bit of extra firepower by an obvious familiarity with more sophisticqted R&B beats and fundamentally made extremely likeable by the sheer chutzpah that flows through the band’s veins these days. ‘Madder Red’ and, in particular, ‘I Remember’ are big, New Romantic-style ballads about being lovelorn and such, but adorned with enough walloping drums, strangely phased keyboards and random guitar solos as to seem more than derivative. ‘O.N.E.’, ‘Rome’ and ‘Mondegreen’ offer brisk-verging-on-frenzied pop gallops, while ‘Love Me Girl’ takes the R&B influences to their logical conclusion for a spot of out and out Timberlake-style sex funk (albeit one that commences with a lengthy instrumental section somewhat reminiscent of ‘Two Tribes’). Only the heady, hiccupping mantra of ‘Strange Reunions’ and foggily euphoric closing ‘Grizelda’ (inspired, charmingly, by psychotic drug baroness Griselda Blanco really join the opening couplet in sounding totally strange and sundered from our seemingly interminable Eighties revival.

So yeah, maaaaybe Odd Blood isn’t quite the hive of unfathomably exotic treats that a few of the tracks might have initially suggested. Having given us time to prepare for the fact they’re quite the different band from All Hour Cymbals, Yeasayer Mk II have also given us time to realise that Odd Blood probably isn’t likely to go down as their defining statement; at least, not if they’re now scrapping at the genius table with the similarly influenced of Montreal and Dirty Projectors. It does occur that the fact they have three songwriters as opposed to one dictator may always make for slightly uneven records. But that’s really not something their peers should be counting on; not for a second.