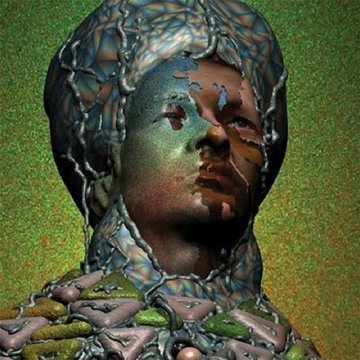 Having given us time to prepare for the fact they’re quite the different band from All Hour Cymbals, Yeasayer Mk II have also given us time to realise that Odd Blood probably isn’t likely to go down as their defining statement, at least, not if they’re now scrapping at the genius table with the similarly influenced of Montreal and Dirty Projectors. »

exclusive version via rough trade shops with a bonus cd featuring 4 live tracks from the 2 meter sessions in den haag from the crossing borders festival in 2007. since the release of their critically acclaimed 2007 debut 'all hour cymbals', yeasayer has been around the world and back again. while their first record was conceived in total artistic isolation, constant touring forced yeasayer to finally engage with their contemporaries. inspired by musicians hell-bent on sonic experimentation as well as those more comfortable in a pop context, yeasayer find their domain spanning across the musical spectrum. studied, road worn, and eager to begin phase two, yeasayer retreated to upstate new york to begin work on their new album titled 'odd blood'. if 'all hour cymbals' was yeasayer's attempt at global and ambient cultural mash-up then odd blood takes place in an off-world colony sometime after the singularity. glimmering reverb haze is eschewed and replaced by a cavalcade of disorienting pitch effects and flickering ectoplasmic wisps. instead of layered vocal harmonies the processed vocals congeal into blots and blobs of otherworldly chatter. many organic elements are left behind and replaced by sounds and rhythms that inspire the body as much as the mind. at times yeasayer sound as if they would be at home playing live in scene from blade runner or inside one of oscar neimeyer's concrete modernist temples from the 1960s. 'odd blood' is an album divided into two halves; the first being top heavy with pop songs, while the latter full of the playful and strange. side one. the album begins with 'the children,' a twisted chopped and screwed stomp, full of sub bass and spooky keyboards. distorted vocals create hidden hooks and it's immediately clear: this isn't the same yeasayer. after the rubble clears the album leaps into yeasayer's version of the pop anthem with 'ambling alp,' 'madder red,' 'i remember,' and 'o.n.e.' yeasayer have plunged into the craft of pop music, and the exercise has paid off. side two. the second half of odd blood is slightly more experimental in nature. sci-fi musical jams ('mondegreen'), maniacal rants ('grizelda'), and paranoia ('love me girl') show the band exploring more paranoid motifs, yet never deprive the listener of hooks and ear candy. 'odd blood' plays out at a blistering pace, yet it never sacrifices depth or content. it is immediately evident the band has advanced in songwriting as well as sonic craft. lyrically, it is a more mature and honest album than the first, as the band demonstrates a confidence to explore more personal themes alongside vividly depicted tales. one thing is certain: yeasayer are accomplished audiologists who are willing to pilfer decades of pop sensibilities and cultural history to create something that is uniquely their own.
description from www.roughtrade.com