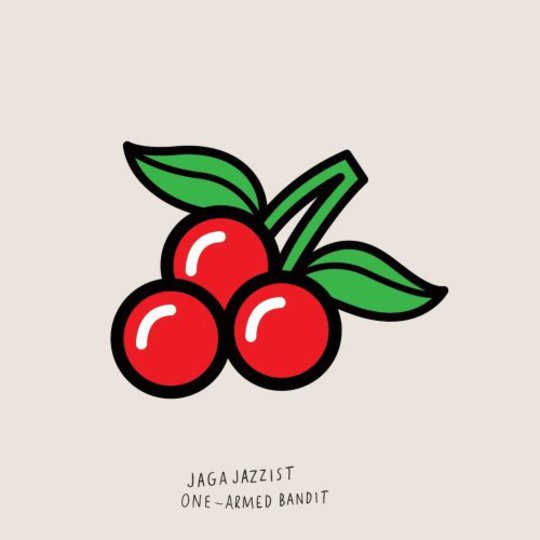 It’s unlikely to be coincidence that Jaga Jazzist’s third album ends with the noise of helicopters. This is, after all, a record that mainman Lars Horntveth has claimed was inspired by Wagner, a composer who – in many people’s minds – will forever be associated with the sight of scores of choppers bombing a Vietnamese village to the sound of ‘The Ride Of The Valkyries’ in Apocalypse Now. In the film, Robert Duvall’s character Colonel Kilgore’s rationale for playing Wagner is that "it scares the shit out of the slopes". However, you imagine that, if the Airborne Cavalry had chosen to begin their bloody raid accompanied by One-Armed Bandit then they wouldn’t have found their victims fleeing in terror, but rather dancing on the beach with eyes agog waiting for a load of flying hippos to float down from the sky.

Something you might think sounds more like the result of baking the wrong kind of mushrooms in your quiche, but then One-Armed Bandit is liberally laced with psychedelic surprises. Anyone familiar with the nine-strong Norwegian band’s previous albums such as 2001’s A Livingroom Hush or 2003’s The Stix – not to mention any of the members’ innumerable side-projects - will know quite how unpredictable an animal Jaga Jazzist can be, yet on One-Armed Bandit they’ve mutated into an even stranger beast; a chimera constructed of parts from wildly different musics that somehow work as a whole and which should only really exist in the most fevered imaginations.

Take ‘Bananfleur’ for example, one of the most shapeshifting pieces of music you’ll ever hear, which begins with spaced-out synth chords that seem to melt into electronically-treated pedal steel whilst the drums pick up speed with a New Order-style bassline twisted around them. Or ‘Prognissekongen’, which betrays the influence of Fela Kuti – another one of the album’s namechecked influences – in its fuzzy Afro-sounding guitar line and pumping brass; that is before a flurry of xylophones, weird harpsichord noises and sci-fi sounds descend from the heavens as if the Star Wars cantina band had just gatecrashed the party to perform an impromptu ballet. Outlandish as that might sound, they’re much closer comparisons for Jaga Jazzist than their Norwegian jazz contemporaries such as The Thing or Bugge Wesseltoft. They might have the energy of the former and the latter’s sense of space – something which may also be due to the presence of Tortoise’s John McEntire behind the mixing desk – but Jaga Jazzist make none of the forays into pure improv beloved of their Scandinavian compatriots. Sure, a track like the closing ‘Touch Of Evil’ might be full of things that jump out at you from unexpected angles – be it the thumping bassline, chainsaw guitar or aforementioned scything helicopter blades – but there’s always the feeling that Jaga Jazzist have got a tight rein on the beasts they’ve spawned; that they’re managing to guide them without muzzling any of their power. No mean feat when you’ve got nine people riding in the same saddle, and whilst Godspeed You! Black Emperor might have similarly once imposed order onto the seeming chaos of nine people playing jazz, classical and post-rock all at the same time, Jaga Jazzist inflate their mini-symphonies with a sense of the fun and absurd rather than burying them beneath highbrow concepts. As such, for all its tricksy time-changes, operatic pretensions and undoubtedly virtuoso instrumentation the stench of self-indulgence is almost entirely absent from One-Armed Bandit.

Even if your nose may occasionally pick up on it then it still – to paraphrase Colonel Kilgore – smells like a victory over the limited horizons of so much other music out there.