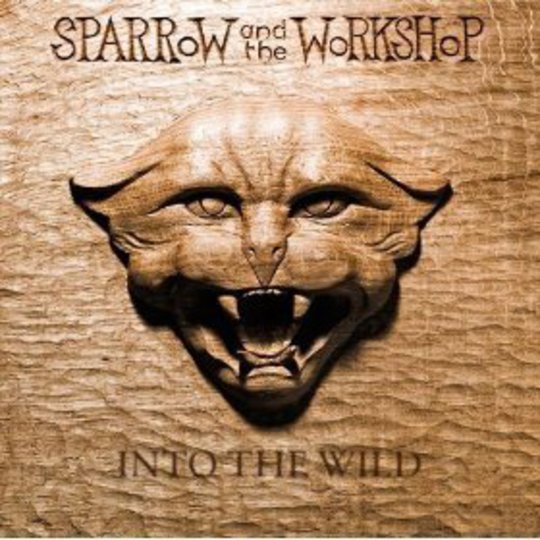 Music that evokes a time gone by can be powerful stuff. After all, there is an inherent comfort in the familiar, no matter how distant the original might be in reality. The arbitrary end-of-decade lists that are fluttering around the indieverse at the moment tell us this much. When Casablancas and Co. strutted out of NYC like the cast of a Seventies cop show, it didn’t stop them making the considerable impact upon contemporary music that they did. And as much as we might like to, let’s not forget the chapter that we now know as 'new rave'. The success of Klaxons was in no small part due to a mass desire to ditch the Noughties for the early Nineties.

And so Sparrow And The Workshop are another band whose heritage is powerfully rendered, as vocalist Jill O'Sullivan howls hauntingly in Joni Mitchell’s falsetto on ‘You’ve Got It All’, with trembling harmonies and shabby, steely acoustics to keep her warm. The band’s sound soon clangs into modernity, as the drums stomp in, with Fleet Foxes-meets-Slow Club shambolic grace. But at the heart of Into The Wild are the instantly recognisable hallmarks of Sixties Californian folk, which serve not just as a tribute – they generate an overwhelming sense of what it felt like to be there.

The ghostly vocal duet that opens ‘Into The Wild’ continues down this route, but now the guitars are cranked up and the drums rattle. The rhythms fluctuate between vigorous stabs and soothing sways, and Sparrow And The Workshop’s sinister side comes to the fore. It sounds bold, it feels daring, it is utterly loud – the threat that the song suggests is in no way quelled by its apparent distance from our time. It is innately percussive, and though this suggests outdated excursions into psychedelic experimentalism, the real result is a wild beast from the past clattering its way into 2009.

‘Blame It On Me’ is similarly untamed, when it is not oozing with sweetness, making it an intense bipolar exploration of a broken heart. The surfy guitar slides shimmer with sorrow, as more unhinged drumming makes for a complete emotional collapse. The country-infused ‘Jealous Of Your Heart’ is similar in sentiment, but is slightly more considered. Emotionally, there is less instability on this track, but its unrelenting bitterness keeps the listener hooked.

Sparrow And The Workshop manage to cover a lot of territory in just seven tracks, but the diversity of their ideas (from hypnotic folk patterns to galloping psychedelia on ‘A Horse's Grin’) is focussed by a compelling adherence to a particular time in music. However, rather than falling flat into copycat territory, the Glaswegian trio show that there remain plenty of revivalist avenues to explore.

It might be a bit much to suggest that Sparrow And The Workshop might do for folk what The Strokes did for rock ‘n’ roll at the start of the decade. Still, few other folk (or anti-folk) contemporaries have managed to rejuvenate the world’s oldest genre, by paying homage to their influences, yet without losing any of their own imagination.