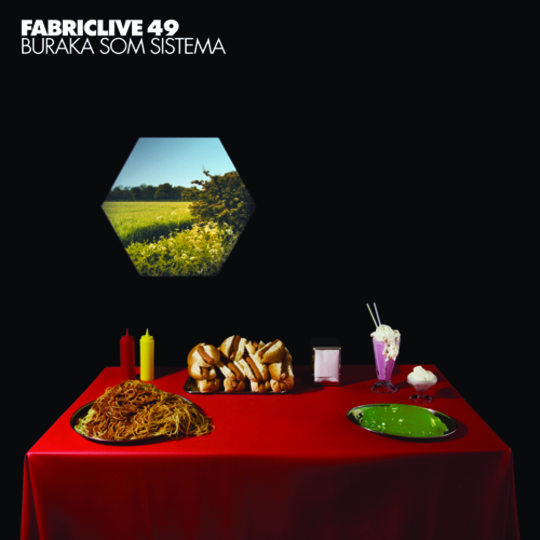 It’s not just the sheer energy or the insane mix of influences in Buraka Som Sistema’s sound that reminds you of early Nineties hardcore as it was on the cusp of transforming into drum’n’bass. For starters, there’s the fact that no-one seems to know quite what to call it (is ‘world beat’ or ‘ghetto-tech’ going to sound as daft as ‘jungle’ does now in two years time?); but more that, their Black Diamond album from last year was one of the first firm handholds anyone has had on an underground scene that has yet to really solidify.

In fact, it’s even more of a slippery beast than jungle was, since where jungle really germinated from a few square miles of inner-city London, the roots of Buraka Som Sistema’s sound stretch from the baile funk of Brazil to the kuduro sound produced by the Angolan immigrant communities in the group’s native Lisbon. And whilst both movements are/were based on a quick turnaround of exclusive tracks, the truly devoted could keep up with jungle’s developments by buying dubplates from the ‘right’ record shops like Blackmarket, whereas now you’ve got the whole of the Web 2.0 world to wade through.

In other words, it’s so exciting because it’s ever-morphing, thus hardly suited to the album format which implicitly tries to preserve it for posterity. Apart from Buraka Som Sistema, it’s only really their occasional collaborator MIA who has so far managed to capture this global groove explosion on a full artist album you can actually buy off Amazon. Even in an age when album sales are plunging ever downwards beneath the weight of downloads, it still seems that any subculture needs at least one physical album to act as Trojan Horse if its to crossover into the broadsheet column inches as Buraka Som Sistema have done, arguably making Black Diamond as seminal an album as Goldie’s Timeless was for drum’n’bass.

However, where Goldie’s emergence from the underground on the back of a touchstone album presaged him starting to compose hour-long classical symphonies about as successfully as Beethoven might have been had he tried turning his hand to drum’n’bass bangers, one listen to Buraka Som Sistema’s contribution to the Fabriclive series allays any fears that they’re about to compromise their crucial rawness for the benefit of the coffee table set.

The CD might come in the compilations' trademark plush packaging, but the music burned onto it is as rough and ready as anything you’d find on a bootlegged mixtape with a photocopied cover – whether that’s a DVD you’ve bought from a shack in the Third World today or a cassette from a shoebox in a British record shop back in the glory days of rave. For just like early rave there’s a definite ‘anything goes’ attitude on Fabriclive. 49, containing as it does not just the blocky beats of kuduro in the form of Buraka’s own tracks and remixes, but also dubstep, dancehall and electro. The way these different rhythms slam into each other makes Fabriclive.49 colourful, cartoonish and almost slapstick in the sense of being pure stupid fun above all else. Check the way that Skream’s ‘Fick’ pushes the pace to Roadrunner speeds before the weightless dubstep of DJ Riot’s ‘Mermaid Dub’ causes the ground to fall away beneath it, leaving your arms waving frantically in thin air for example; or the fact that the Douster remix of Yolanda Be Cool’s ‘Afro Nuts’ really sounds like nothing but a band of toy soldiers beating out a tattoo on a chicken’s head. And nothing emphasises how rave has become the new ‘world’ music than the way the snippets of bossa nova in Nova Lima’s ‘Machete’ – one of the few examples of traditional ‘world music’ here – are chewed up and then spat out with the belching bassline of DJ Malvado’s ‘Puto Mekie.’

But then, the ‘world music’ Buraka Som Sistema are really ambassadors is one found in sweatpit clubs ‘from Luanda to London’ rather than WOMAD, which is why we’d wager their 90 minute ethno-jazz odyssey is still some way off yet.