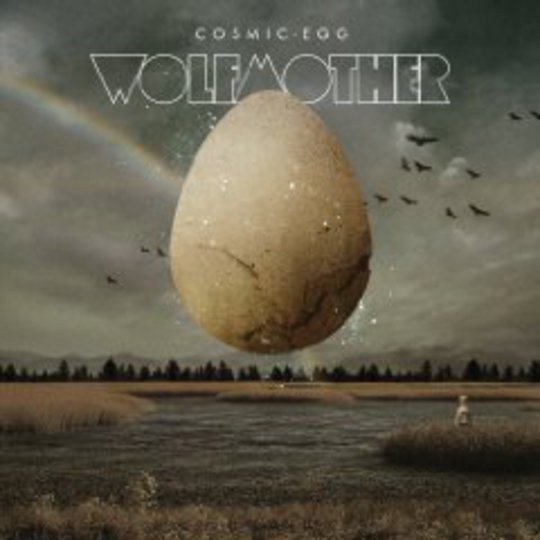 There's something about modern Australian hard rock bands. They might deny it – vehemently so, in some cases – but it seems like they can access some kind of musical and spiritual hotline to the mid-Seventies in a way that American and British rock bands can't. Maybe it's growing up on a steady diet of AC/DC and Aerosmith. Try out the theory. Listen to the Vines, Jet – even Silverchair. It's there, clear as day.

Wolfmother are, quite possibly, the kings of the Seventies revival (although I reckon Airbourne would try and give them a run for their money). Does second album Cosmic Egg (no, I have no idea why it's called that either) depart from the formula – especially since there's been a Guns 'N Roses-style lineup exodus since their first release?

Does it heck. From the psychedelic stoner rock of 'California Queen', it's obvious that time hasn't really turned for these boys. Indeed,the first 20 minutes or so of the album's like a fantastic nostalgia trip: 'New Moon Rising' is what you'd want a new Led Zeppelin song to sound like, while the Thin Lizzy-aping 'White Feather' squeals around for three-and-a-bit minutes in a most pleasing way. A little later on, '10,000 Feet' chugs along impressively, and the Sabbath-alike title track is as colossal as you'd hope.

Admittedly, it's by this point that the album starts to lose its lustre a little. There are some less welcome influences – Bruce Dickinson's ill-fated Skunkworks project is alarmingly brought to mind a few times, and 'Sundial' is little better than an Audioslave B-side. Also, the ballads are unbelievably bad: while 'In the Morning' is forgettable enough, 'Far Away' is an ear-bleedingly-bad piece of shit. In fact, ny song that doesn't involve monolith-size guitar bludgeoning should be skipped without prejudice: and unfortunately, that's pretty much the rest of the album, except an extended outro on 'Pilgrim'.

This is no groundbreaking piece of art; it's not innovative, it's unashamedly backwards looking, and it rips off the greats to high heaven. It's also bloody awful for a significant amount of its running time. However, when it does work, it's a great thing. After all, if you're going to steal, steal from the best,and Wolfmother steal with immense panache and gusto. If this was a four or five track EP, it'd be superb. Unfortunately, it's not. Still, it's worth grabbing a beer, switching off the higher brain functions, sticking on the first few tracks and stomping along with your chest out. For god's sake, though, switch it off before you get to the ballads.