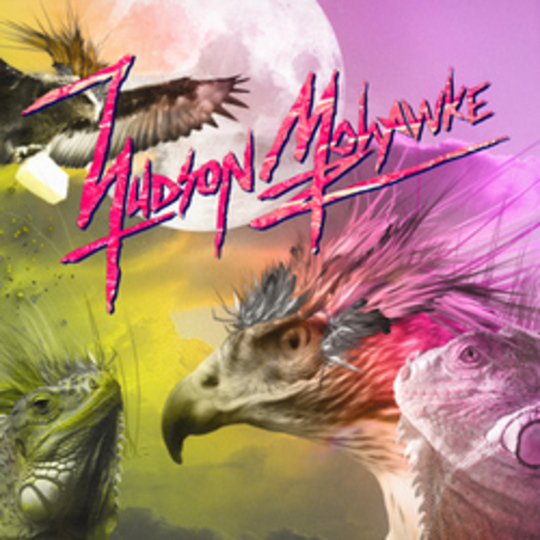 Remember ‘Sandwiches’ by Detroit Grand Pubahs? Come on! It got to number 29 in the UK singles charts in 2000. It talked about sandwiches but was actually about boning, and included the lyric “make your thighs like butter, easy to spread”. Hudson Mohawke’s debut full-length album does not sound like Detroit Grand Pubahs, and the man himself – a 23-year-old Glaswegian called Ross Birchard – claims that Butter, as an album title, is more of an Isaac Hayes thing. However, one suspects that he’s trying to conjure up similar word associations – Talking About Sex is often better when it’s implied rather than baldly stated, and the slippery funk synths, repetitive drum thuds and semi-discernable vocal moans that feature on many of the 18 tracks here carry a fair bit of insinuation.

The hypists’ line on HudMo, as he is often dubbed, is that his personalized reshaping of his favourite hip-hop motifs is creating a kind of UK underground answer to US superproducers like Timbaland, The Neptunes and Swizz Beatz. His Ooops! EP from about 18 months back featured his refix of the Tweet r’n’b classic of the same name, putting his influences on the table. In this respect, he has something in common with labelmates Autechre and Plaid, who were tracksuit-clad Eighties electro heads who found a warm home in the UK’s early Nineties scene of offbeat techno, and went on to become standard-bearers of sorts for, say it while holding your nose, ‘IDM’. We are almost two decades on from that time, though, so rather than mainlining old Streetsounds compilations for inspiration, Birchard is fucking with another generation – maybe two generations – of black music, stretching from the lubey G-funk synths that saturated Snoop and most of the Death Row lot’s records to The Neptunes’ period of ubiquity to Outkast’s heavy concept albums.

There’s a lot more going on besides, maybe a touchstone too much at times, but you’d have to have either incredibly specific or incredibly boring taste to not find some gold herein. The opening ‘Shower Melody’ lasts all of 80 seconds and might lead you to believe that HudMo is another of those dastardly rock kids glomming onto dance music, featuring chronically lurid synth-metal soloing and obese Zep-esque drum breaks – presumably sampled, though I know not from where. The beats on Butter are, in the main, spectacular – fearsomely loud in the mix, edited with microscopic care and often jarring by design, letting the bass kick metronomically while your desire to dance is arrested by the wild-ass time signatures being thrown around. ‘Fruit Touch’, little more than drums and manipulated vocal squeaks, has a (Chris) Clark sorta thing going on; ‘Acoustic Lady’ – great title – is some more squeaky vox weirditude spliced with Aphex-y ambience.

Four tracks on Butter feature vocals, perhaps offering a dry run for what HudMo might be able to do were he assigned production work with an actual star or two. Olivier Daysoul, a relatively underground neo-soul geezer from Washington DC, puts in some great work on a brace of tracks. ‘Joy Fantastic’, presumably titled as a nod to a decade-old Prince album that hardly anyone bought, is the album’s first track that suggests there might be some validity to these suggestions that HudMo is a r’n’b crossover story waiting to happen. Coasting on a relatively simple boom-bap beat, Birchard and Daysoul lather it with all sorts of partytime elements – the former’s twinkling synths and G-funk lounginess, and the latter’s splendid, Andre 3000-esque pipes. It’s a bit wrong to have a genuine chance of being a hit – granted, many extremely wrong songs have been hits over the years, but this feels sort of hermetic and stoned and giggly, thus probably daunting to someone not already on this wagon. On its own terms, though, it’s a terrific jam.

Daysoul’s other spot, on ‘Just Decided’, is introduced by himself in a voice that makes Prince sound macho, and is a agreeable messy hip-hop clatterfest that’s Butter’s most Flying Lotus-y moment. DâM-Funk, mildly hyped eighties funk revivalist from the Stones Throw stable, drops in for ‘Tell Me What You Want From Me’, which is arguably Butter’s only cut that could have more or less been made 25 years ago, and Nadsroic, a Glasgow resident who’s just released a HudMo-produced EP, peppers ‘Allhot’ with chatline-style heavy breathing and the news that “you’ve got me all hot”. Which is as close as anyone gets to actually discussing The Act over these 51 fine minutes. Maybe this will be a possibility for future Hudson Mohawke releases: Ross Birchard, as it stands, has potential to take his music down any of several exciting avenues.