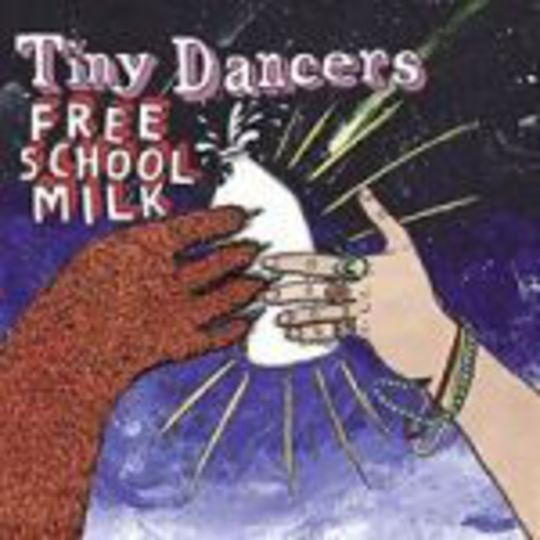 Righto, musicians: there’s inoffensive, and then there’s this. If you’re in a band pandering to the tastes of an audience who couldn’t be classified as more Middle Of The Road if they had reflective cat’s eyes embedded in their skulls, then at least be a little broader-minded, a little braver, than Tiny Dancers.

Clearly the evil by-product of a failed experiment to create an all-conquering chart-topping act pitched somewhere between the soft-core mumbles of The Feeling and the power-pop of Elton John – and no_, they didn’t take their name from that song – Sheffield quintet Tiny Dancers fail in a quite alarming fashion to craft the most essential component of a would-be tip-top pop act: a tune the milkman can whistle. Hence the ‘failed’ bit; there’s no way – no _way – this album could be considered a success at any level of appreciation. Unless your milkman’s a complete simpleton who’s not heard a radio in the last 20 years, not a song on this debut long-play collection will come close to coercing him into puckering up and having a little blow.

I mean, really: ‘Fill My Little World’ has more balls to it than any of this. _Free School Milk is so lightweight it’s a miracle that it doesn’t float away like a feather at the merest suggestion of the slightest breeze. Yes, it’s a fair comment that it’s really not tailored for the likes of us_, whatever bracket us has been squeezed into by The Man this month, but come on… you’re five young men, having the time of your lives it’d be hoped-cum-assumed: at least sound like you’re having a bit of fun. A slightly country-esque twang to proceedings can’t count as variety on a theme when said theme is _so_ fucking tired.

Christ, even Mika’s record was better than this. That, at least, had some character to it. This has all the attention-grabbing uniqueness of a cheapo supermarket-branded choc-ice, and about as much flavour, too. If it were free school milk, it’d be skimmed to within an inch of a child ending his or her life in protestation over such watered-down, nutritionally-questionable, eminently pointless crap_.