Bonde Do Role With Lasers 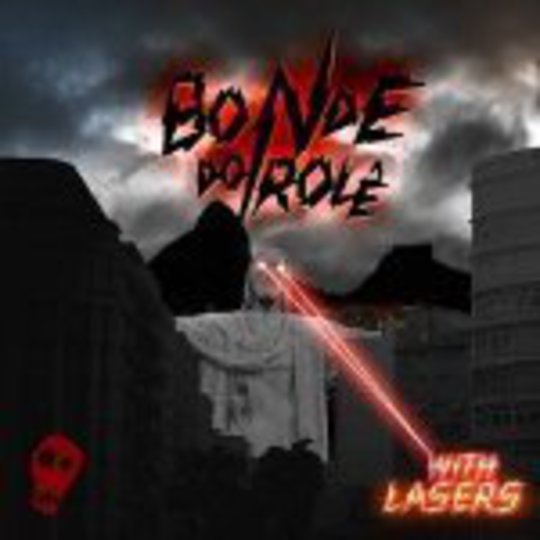 There are apparently 188,078,261 people living in Brazil, and 188,078,255 of them aren’t in CSS. However, if the buzz surrounding Bonde Do Role is to be believed then they’re just like CSS, but apparently the more exciting, vibrant version. Unfortunately, as With Lasers demonstrates, they’re a wholly different proposition, and a far less-accomplished one at that.

By tagging themselves as an updated version of ‘baile funk’ (a Brazilian beat-heavy version of funk), and trying to shoehorn in a load of different sounds, rather than sounding fresh Bonde Do Role simply sound cluttered. There are touches of electro and even a hint of Kraftwerk in there, somewhere, but none of the influences are developed enough to feel like anything other than meaningless flourishes. Granted, Portuguese sounds slurred at the best of times, but yelped call-and-response lyrics over horribly plastic guitars? It really doesn’t help matters.

Single ‘Solta O Frango’ is the most impressive offering, as it manages to retain enough flair and individuality without having to resort to dumb tricks like an entirely superfluous and utterly annoying kazoo (‘Geremia’), what sound like cast-offs from Madonna’s vocal range (‘Quero Te Amar’) or horrible synths (‘Marina do Bairro’). Despite the blinding obviousness of the fact that Bonde aren’t taking themselves seriously in the slightest, With Lasers isn’t accomplished enough as pure party music to smooth over the faults. It’s far too clogged to work as an album, and even though all signs point to Bonde being a belting live band, a touch more quality control should have been exercised.

With the patronage of M.I.A. cohort and sometime collaborator Diplo (he was the man behind ‘Bucky Done Gun’ from 2005’s Arular), things start to look up. Unfortunately, his contribution is limited to only two tracks: ‘Gasolina’ and the aforementioned ‘Solta O Frango’. They’re miles more interesting than the majority of the album, with Diplo contributing a wealth of glitches and rhythms that prick up the ears. Even though the thickly percussive beats are heavily reminiscent of his work with M.I.A., it at least serves to break the album up.

The truth of the matter is that With Lasers could well have been an interesting collection of songs, but it has ended up a confusing and annoyingly inconsistent mess. It’s insubstantial, but not in the sense that all the best pop music is, by definition, throwaway; more in the way of inspiring nothing but apathy. As background music it’s passable, but any louder and the imperfections are magnified to insurmountable proportions. Obviously not all music has to, y’know, speak to the kids, but if you’re going to make music that’s supposed to inspire people to dance like lunatics, it’s worth knowing what a half decent riff or chorus or beat is first. Apparently Soulwax/2ManyDJs were a prime inspiration for Bonde Do Role’s formation – imagine the brothers Dewaele with nary an ounce of the magic, ideas or sheer balls (i.e. what makes them so special), and you’ve got this lot.