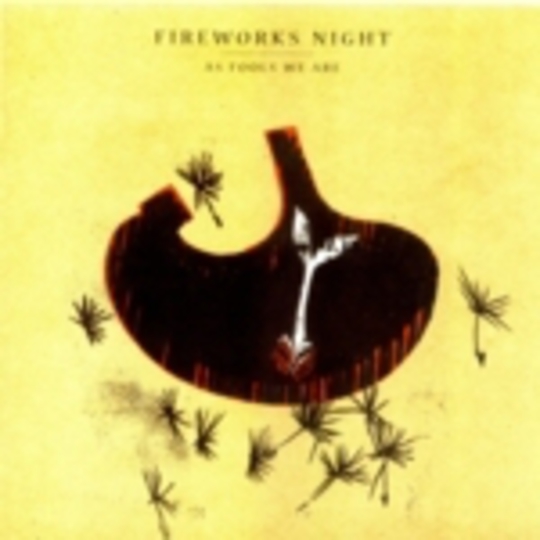 Supposedly a collection of majestic explosions in the sky set to a backdrop of a raging inferno, the truth about Fireworks Night is that often it amounts to being rained on in someone’s back garden watching a Catherine Wheel and hoping it doesn’t dislodge itself from the fence and take someone’s head off, though that would probably provide a big bang at least. Or maybe a wet squelch.

The second album from **Fireworks Night** is also lacking in big bangs, but it probably wasn’t designed with that in mind. An ever-changing project led by James Lesslie – who recorded The Mules’ debut album Save Your Face in between the first and second FN albums – and currently nine strong, theirs is a more downbeat, twinkling take on soft indie with a hint of folk.

Despite the impressive list of instruments wielded throughout – ukulele, banjo, accordion, lap steel, violin and a variety of pianos, organs and synthesisers to name but a few – As Fools We Are is delicate, and despite its many detailed layers it often sounds deceptively simple with most of the emphasis lying with Lesslie’s vocals, about which there’s something instantly familiar.

Consistently sharp and with a world-weary edge beyond his twenty-five years, his voice seems have the presence of Darren Hayman, the casual delivery of Jarvis Cocker and the register of Chris Martin, yet the vocals retain enough beguiling originality to avoid directly mimicking any of them, the songs themselves shifting between gradually-building waltzes, tango-based boy-girl duets and sparse acoustic numbers amongst others.

Though whilst it all looks good on paper, something about the execution prevents this from fulfilling its true potential. Perhaps it’s because every song bar one is played at a snail’s pace or that the few songs which do truly stand out here do so not because they’re particularly brilliant, but because the rest of the songs aren’t. For example, opener ‘Favours For Favours’ is strong because of its memorable melody – something which isn’t overly common on the rest of the album course – and ‘Dirty Acts Done Publicly’ stands out because it’s the one point on As Fools We Are where the tempo really kicks up a notch.

Too often songs start strong but fade away by the mid-section, becoming the same slow drone so that even after listening to this for about a week I still struggle to recall anything at all about the majority of the songs without the aid of the CD. Yet, when it’s actually playing, As Fools We Are is still an amiable experience, although not an uplifting one; worthy of praise for its ambitiousness and comparatively original sound despite falling at the final songwriting hurdle and ending up merely just above average.

Blink Of A Nihilist