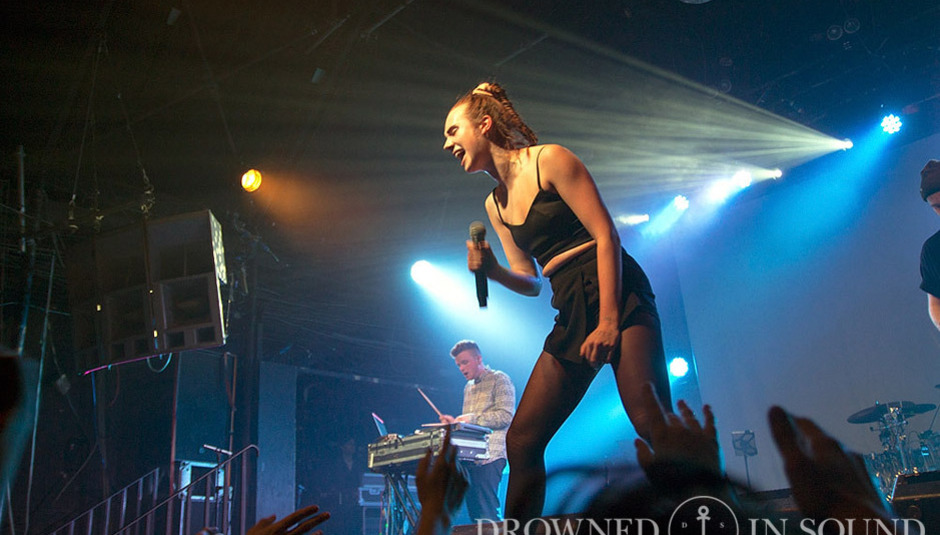 DiS is heading to Paris over the August Bank Holiday weekend (25-27) for the 15th edition of Rock En Seine. Held in the Domaine National de Saint-Cloud to the west of the city, it's grown considerably since the inaugural event in 2003. This year's event plays host to 75 artists across five stages and features an array of mouth watering talent from around the globe.

Without further ado, here are the 10 acts we're most looking forward to seeing.

California's finest purveyors of dreamy West Coast flavoured psychedelia. With three albums worth of material to choose from, expect a set full of highlights that will sound even better in the Parisian sun.

Band Of Horses have been releasing music for over a decade and in that time established themselves as one of the most consistent alt country outfits on the circuit. Last year's fifth album Why Are You OK? was a welcome return to form while in songs like 'The Funeral' and 'Is There A Ghost?' they have a couple of bonafide stadium shaking anthems up their sleeves.

Dustin Payseur's Beach Fossils have been creating dreamy surfgaze soundscapes for seven years now and in that time released three critically acclaimed long players culminating in this year's Somersault. With European shows becoming increasingly few and far between, their Friday teatime slot should be high on everyone's agenda.

A lot has been written about Cabbage this year and much of it has been disappointingly negative. Thankfully, now that the Kentish Town Forum incident has been cleared up once and for all, everyone can go back to appreciating the band for doing what they do best. Not to be missed.

These Latin American hip hop pioneers have so much more to offer than just being insane in the membrane. Black Sunday may have been their breakthrough album some 24 years ago but we'd advise you check out the rest of their back catalogue too. Rock En Seine you're in for a treat.

Karen Marie Aagaard Ørsted (better known as Mø) has become arguably Denmark's biggest solo female recording artist over the past five years. Mixing punk attitude with snazzy electropop and a colourful live show to boot, her set here promises to be one of the weekend's most energetic. Stand still if you dare!

Having released their first album for 22 years earlier this summer to an avalanche of critical acclaim, Slowdive's return to the live arena has been equally as mesmerising. Expect a swoonsome journey through their back catalogue to the present as a fitting climax to the weekend's festivities.

Another band from the golden age of independent rock to make a successful return in 2017. These days it's all about the tunes rather than destructive nihilism and the Mary Chain have them in abundance. Friday night is about to get wild.

When Oh, Inverted World landed unsuspectingly at the turn of the century, winsome indie rock was about to become good again. The follow-up two years later Chutes Too Narrow only highlights the impact its creators had on the early 2000s, and while The Shins output might not have been so prolific since, they're a welcome addition to an already scintillating bill this weekend.

Having released one of 2016's finest debuts in The Album Paranoia, Ulrika Spacek have bettered it with this year's follow-up Modern English Decoration. If expansive, reverb heavy walls of sound are your thing then these guys are for you. Rock En Seine prepare to be sonically attacked.

Here's a playlist featuring 30 artists scheduled to perform at Rock En Seine over the course of next weekend.

For more information on Rock En Seine, including the full line up and where to buy tickets, please visit the official website.