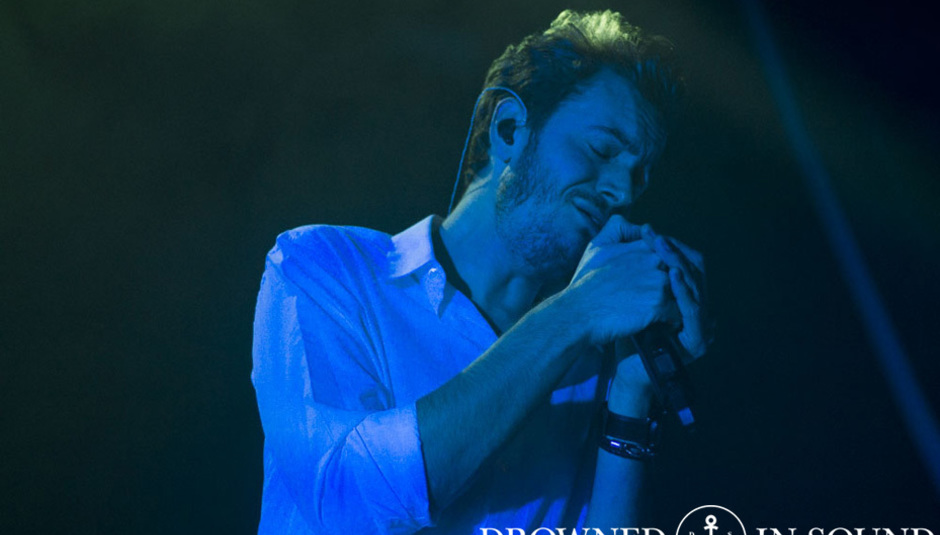 DiS is off to the Netherlands next weekend for this year's edition of Lowlands. Held from Friday 18th to Sunday 20th August in the village of Biddinghuizen approximately 40 miles east of Amsterdam, it's established itself as one of the country's leading music festivals since hosting its inaugural event in 1993. Attracting around 55,000 people across its four days every year, the organisers have once again pulled together a stellar lineup featuring a mix of internationally acclaimed artists alongside a wealth of up and coming Dutch talent.

Here are 10 acts we're quite looking forward to seeing.

This legendary post-hardcore outfit may have inadvertently invented emo but don't let that put you off. 2000's Relationship Of Command remains one of the greatest albums of the millennium and while internal relationships within the band have been fractious at times, their return in 2015 has coincided with a new lease of life creatively as demonstrated by recent long player In•ter a•li•a.

Having first come across this Amsterdam four-piece at January's Eurosonic Noorderslag showcase event, it's no surprise they've since landed a slot at one of their home nation's premier outdoor festivals. Pavement's Stephen Malkmus is already a confirmed fan and their scuzzy, grunge-infused punk is a throwback to the halcyon days of Dinosaur Jr and the Pixies which should make their set an unmissable experience here.

Essentially the solo project of Will Toledo, Car Seat Headrest takes the form of a four-piece band for the live experience. Nevertheless, it's Toledo that steals the spotlight and while his recorded output is nothing short of prolific (10 albums in seven years at the last time of counting), there's also an unrivalled level of intensity in the way he delivers a performance from the front of any given stage.

While their commercial success in the UK may have stalled a little after 2007's peak with An End Has A Start, Editors remain one of the biggest musical draws in mainland Europe. And rightly so. Their most recent long player, 2015's In Dream is up there with the band's finest while an Editors live show is still one of the most grandiose around.

Highly acclaimed as a singer, songwriter and musician of some distinction. Leslie Feist originally attained recognition as a member of Canadian outfit Broken Social Scene. However, it was her third solo record, 2007's The Reminder that catapulted her solo output into the limelight. Since then she's gone onto release two more albums culminating in this year's Pleasure while collaborating with the likes of Beck and Radiohead in the interim period.

With a career spanning almost 60 years, Iggy Pop really needs no introduction. The three albums recorded with The Stooges between 1969 and 1973 are among the most revered artifacts in rock and roll history while his 1977 collaboration with David Bowie The Idiot kickstarted punk rock as an international phenomenon. With a back catalogue to die for it goes without saying this will probably be Lowlands' finest (and busiest) hour.

As a DJ, composer and producer in his own right, Nicolas Jaar could be described as a jack of all trades and seemingly master of them all. 2011's debut long player Space Is Only Noise was rightly heralded as soundtracking the future of dance music upon release and even now six years later sounds like nothing else on earth. Last year's follow-up Sirens continued his experimental nuance with electronica and his Sunday evening set here promises to be one of Lowlands' highlights.

Led by London born New Zealand native Finn Andrews, The Veils have been creating winsome, experimental chamber pop since 2001. With a sound that sits somewhere between the more elegant side of indie rock and energetic demeanour of folk, they're a welcome anomaly in a world of predictable guitar orientated acts. Most recent long player Total Depravity came out last year to a wealth of critical acclaim and this rare opportunity to catch them at one of Europe's top music festivals should not be scoffed at.

Those lamenting the demise of pop should probably check out Swedish artist Tove Lo, if only to reaffirm that there still people out there making great music in the name of that so-called dirty three letter word. Although barely known outside her home nation until breakthrough single 'Habits (Stay High)' elevated her into global mainstream territories three years ago, she's actually been creating music for over a decade. Outspoken in her views on gender equality and not averse to making controversial statements in public, she's become something of an iconic figure in pop's normally passive environment.

This Californian multi-instrumentalist, singer, songwriter and producer can also count himself as one of the most prolific artists in recent times. With nine solo albums to his name in under a decade not to mention his work with White Fence, Sic Alps and Fuzz among many others, he's become something of a pivotal figure on the west coast psych rock scene as well as developing into a highly respected artist of distinguishable merit.

Here's a playlist featuring 30 artists scheduled to perform at Lowlands over the course of next weekend.

For more information on Lowlands, including the full line up and where to buy tickets, please visit the official website.