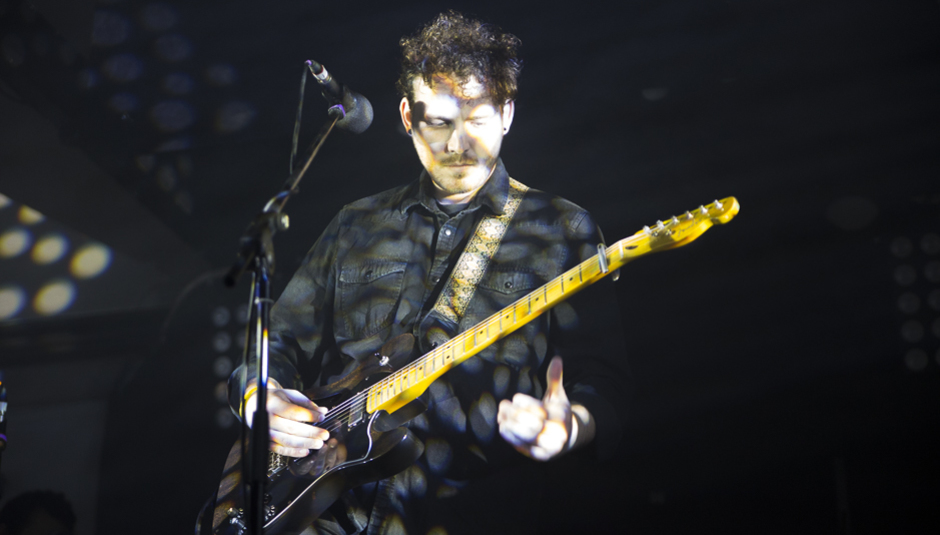 This weekend (May 26-28) sees the return of Dot To Dot festival. Now in its 12th year occupying the traditional Spring Bank Holiday slot, the 2017 edition once again sees more than 200 artists perform across over 75 venues in Manchester (Friday 26th), Bristol (Saturday 27th) and Nottingham (Sunday 28th).

Once again, DiS will be in attendance and here's the 10 acts we're most looking forward to seeing.

This Nottingham-based duo have been making a name for themselves over the past year mainly due to their hauntingly intense live performances. Comparisons with The xx, Cocteau Twins, and Chvrches aren't wide of the mark, and their late afternoon slot in Rough Trade promises to be one of the weekend's finest.

Heavenly Recordings boast arguably the finest roster anywhere in the world at this moment in time and their most recent addition, Brisbane four-piece Confidence Man, are another gem in waiting. Think Dee Lite, the B52s, and LCD Soundsystem produced by Weatherall or Oakenfold and you won't go far wrong. Get Down!

Having already wowed festival goers at 2Q, Handmade, and Focus Wales in recent weeks, the Nottingham based trio get their first taste of bill topping status on home soil. Headlining the Spanky Van Dykes stage, expect to hear a selection of melodic and occasionally brutal cuts of ambient from their forthcoming debut album.

Despite only forming three years, this Michigan-based quartet have already gained a glowing reputation both on record and as live performers. Last August saw the release of second long player Baptistina heralded their finest collection of songs to date and their incendiary take on psychedelic surf and garage rock is sure to be a winner this weekend.

Originally from Belfast, this Nottingham-based singer/songwriter has been making waves in recent months both as a solo artist and founder member of psych rockers The Hijinks, also playing this weekend. With comparisons to the likes of John Martyn and Tim Buckley, his left field take on jazz-inspired folk is a joy to behold, as 'Salao', the lead track off forthcoming debut EP Familiar Horizons ably demonstrates. Come see what all the fuss is about. We guarantee you won't be disappointed.

Anyone that's already witnessed Josefin Öhrn & The Liberation in the flesh will know they're a captivating, if not mindblowing experience. Taking their name from the Tibetan Book Of The Dead and with a musical palette that draws inspiration from Broadcast, Jefferson Airplane, Spacemen 3, and Serge Gainsbourg among a host of others, their darkly orchestrated, errant take on psychedelia is set to prove a surefire winner here.

Hull is a melting pot for some incredible new acts making music right now and one of them are No Nothings, a four-piece originating from the city's Kingston area. Their no-nonsense punk has already seen them gain a legion of followers both inside and beyond their native city and last year's excellent self-titled EP on the I'm Not From London label captured the raw intensity of their live show to perfection.

Hailing from the Indian city of Kolkata, Parekh & Singh make exquisite dream pop that veers between minimal electronica and huge monastic soundscapes. Their debut long player Ocean came out to a wave of critical acclaim last year on Peacefrog Records, and their stylish live set is certain to gain them a host of new devotees over the course of this weekend.

This New Jersey-based outfit formed in 2010 and have been gradually attracting widespread attention ever since. Essentially the brainchild of singer, guitarist, and lyricist Evan Stephens Hall, second long player Cardinal featured heavily in many of 2016's end of year lists and their live show is said to be elegant, soothing and tranquil, which suits us down to the ground.

Having already toured with Drenge and Frank Carter in recent months, this Brighton-based four-piece are about to embark on their biggest run of headline dates thus far. In the meantime, their three-stop offs here promise to be among the weekend's most exhilarating shows, and with festival appearances also confirmed for Download, Reading and Leeds this summer, we advise you catch them early while they're still a relatively unknown quantity.

Here's a 50 song playlist featuring many of the artists scheduled to play over the course of this weekend.

For more information on this year's Dot To Dot, including full stage times, please visit the official website.