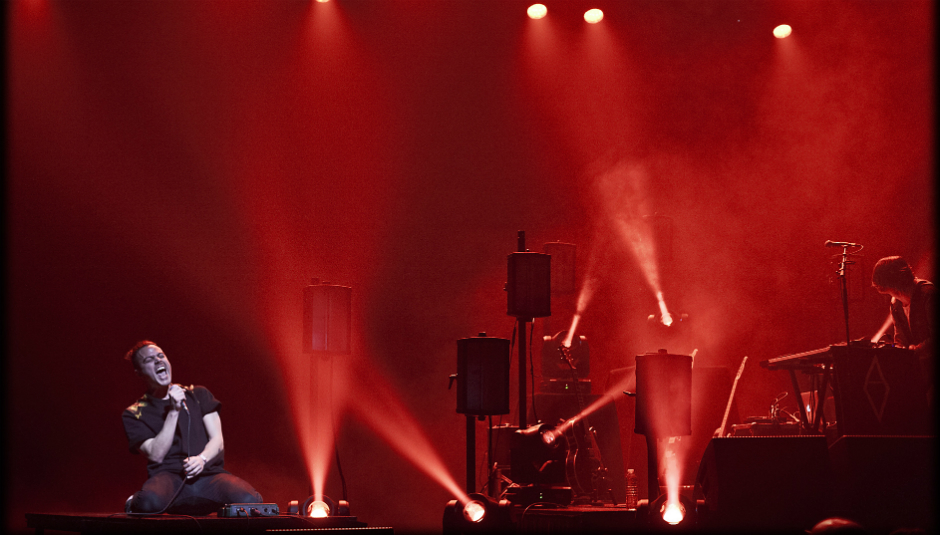 This coming weekend, DiS makes its annual pilgrimage to the city of Aarhus for the 2017 edition of SPOT Festival. Essentially Denmark's answer to South-By-Southwest or The Great Escape, this year's event takes place from Thursday 4th to Sunday 7th May across numerous venues showcasing many of Scandinavia's finest new musical talent.

Without further ado, here are the ten acts we're most excited about seeing and a thirty song playlist featuring a selection of the artists scheduled to play at this year's festival.

This duo have only been making music together for the best part of a year, yet already they're making serious waves on the Scandinavian club scene. Hailing from the Danish Island of North Jutland, January's debut single 'Wasteful Talk' just happens to be one of 2017's finest to date, and their midnight slot here should keep the party alive well into the early hours.

The other project of Elias Bender Rønnenfelt, better known as the singer in gothic post-punks Iceage. Marching Church started off as a solo vehicle for Rønnenfelt but has gradually developed into a fully fledged band. Last year's Telling It Like It Is highlighted his fixation with Nick Cave and David Bowie while channeling an array of ideas and sounds incorporating everything from jazz to pop and visceral white noise. Expect the unexpected.

Norwegian singer, composer, and stage actor Nils Bech relies as much on his performance as the opening few words might suggest. Signed to the revered DFA label and already with three albums to his name, he's one of the most unique talents doing the rounds today and his mid-evening set on Saturday bears all the hallmarks of being one of SPOT Festival's finest.

If stadium-sized soaring anthems and heartfelt, emotive lyrics fused with the occasional dalliance into Neu! style motorik territories are your thing then Palace Winter might just be the band for you. Debut album Waiting For The World To Turn came out last year to widespread critical acclaim, while their energetic live show grows bigger and better with every passing performance.

Having first come to our attention at this very festival in 2012, this Copenhagen-based trio have become one of the Danish post-punk scene's leading exponents of goth-tinged dark wave. Comparisons to The Horrors, The Cure, and The Chameleons aren't too wide of the mark, and in 'He's Suicidal' they have an anthem of sorts for those who like their sonic pleasures stuffed with a smidgen of gloom and despair.

We've been fans of Siv Jakobsen's deftly arranged compositions since unsuspectingly catching her set in a tiny coffee shop at Brighton's Great Escape two years ago. Since then she's put out an EP The Lingering which highlights her talent as both a vocalist and composer of some distinction, while recent single 'Like I Used To' sets the scene impeccably for the imminent release of her as-yet untitled debut long player, which is scheduled to come out later this year.

This Norwegian outfit have been going down a storm this past year with their energetic take on all things punk and pop. With influences ranging from anyone to everyone including Robyn, Blondie, and The Runaways, they're fast becoming Scandinavia's answer to Paramore and with first album Try Not To Freak Out due in September, look set to be one of 2017's shining lights.

This Copenhagen-based five-piece make darkly orchestrated post-punk that owes as much to people like David Bowie and Lou Reed as it does usual suspects such as The Birthday Party or The Cure. Last year's Buffalo Thunder EP demonstrated their panache for deft recording arrangements as well as capturing the intensity of the band's live show. Ones to watch for sure.

These three sisters - Gemini, Nataja, and Naomi Noah - have been making waves in their hometown of Aarhus since forming Velvet Volume in 2013. Regulars on the Danish festival circuit for the past couple of years, their punchy rock and roll recalls the likes of The Runaways and Blondie and with their long awaited debut LP imminent this year, are sure to be a household name outside of their native Denmark before too long.

Probably the most well-known name on this year's SPOT line up as far as UK audiences are concerned having already played several events on these shores over the past couple of years. Yung's visceral take on punk provides a welcome breath of fresh air in a staid genre, and their post-midnight set in their hometown's Voxhall venue promises to be a lively affair to say the least.

Want to hear more? Here's a 30 song playlist featuring some of the artists scheduled to appear over the weekend.