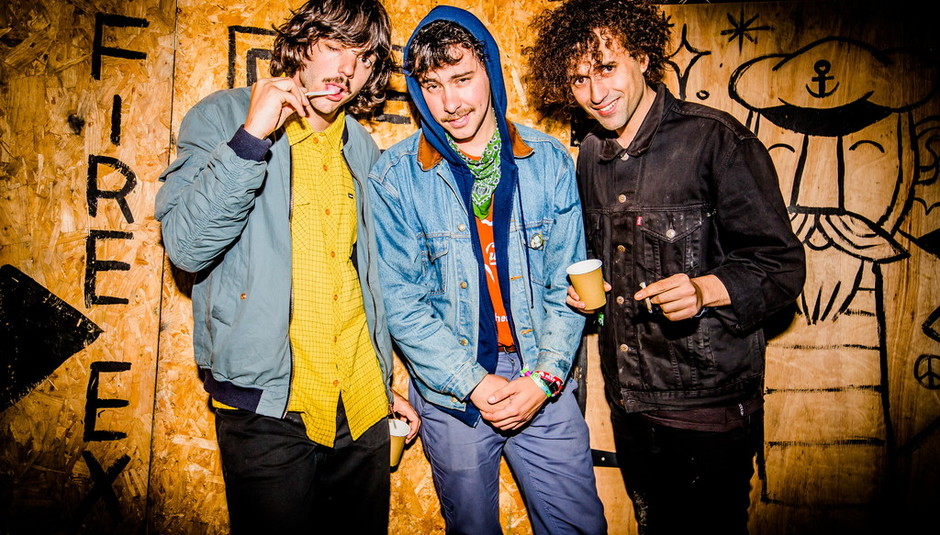 This summer, DiS will be taking a trip to the historic Spanish city of Bilbao for the 12th edition of BBK Bilbao. Held on the slopes of Mount Cobetas in the South West of the city, BBK Bilbao first opened its doors in 2006 and has since gone on to become one of mainland Europe's most esteemed music festivals. Attracting over 100,000 visitors over the course of its three days, the organisers have once again put together a stellar line up featuring a host of major acts from around the globe.

Taking place from Thursday 6th to Saturday 8th July, tickets range from 55 Euros for one day to just 125 Euros for the entire duration including camping, and can be purchased here. In the meantime, here are the 10 acts we're most looking forward to seeing at this year's event.

About to enter their 25th year as a band, Blonde Redhead have been one of the most prolific bands throughout that time. Constantly reinventing themselves in the process, their most recent EP 3 O'Clock bares all the hallmarks of the band's halcyon days. BBKers, be sure not to miss their set!

There isn't a lot to say about this legend that hasn't already been said, except that if you haven't managed to catch one of his Pet Sounds shows yet, this may well be your last opportunity. As well as playing that album in full, expect to hear a number of timeless classics from the Beach Boys vaults which should make Saturday night in Bilbao go off in style.

Arguably the most inventive, not to mention consistent, bands to emerge from the 1980s new romantic scene, Depeche Mode have never been afraid to voice their opinions on the issues of the day as 'Where's The Revolution?', the thought provoking lead single from fourteenth long player Spirit, ably demonstrates. Let's hope they'll be soundtracking a Labour victory here with a cavalcade of hits from their incredible back catalogue.

These Texan post-rockers have been favourites on Drowned In Sound pretty much from the word go, having released their first album just months before DiS went live. Still an enthralling spectacle live, their festival sets at Primavera, Best Kept Secret, and Glastonbury last summer were legendary and we have similarly high hopes for another exercise in grandiosity here.

Possibly the festival band of the summer so far. Their nihilistic diatribes about society and its many incumbent ills have won them a whole new legion of followers while debut album Brutalism is fast becoming embedded in the nation's psyche. Visceral, confrontational, and downright unmissable. BBK Bilbao, you have been warned.

This Long Island outfit channel perfect pop in the way your parents or elder siblings would cherish, but don't let that put you off. Essentially the brainchild of the D'Addario brothers Brian and Michael, their multi-faceted range of sounds and styles has drawn comparisons with everyone from The Beatles to The Ramones and a multitude of others in between. Last year's impressive debut Do Hollywood highlighted their wares impeccably while the live show usually throws up one or two improvised surprises.

Madrid's premiere garage rock outfit. This raucous trio signed to Heavenly Recordings in 2015 and released their first long player Los Niños Sin Miedo last summer. However, it's live where The Parrots really come into their own and having wowed audiences across the globe, expect this return to Spanish soil to be an eventful affair, to say the least.

Probably the finest beings to emerge from the town of Versailles since good old Louis Quatorze over three centuries ago. Having formed in 1999 and put out their first LP United a year later, it was 2009's Wolfgang Amadeus Phoenix that catapulted them into the spotlight and ultimately, mainstream acceptance. Next month sees them release sixth long player Ti Amo and the early signs suggest it's another surefire winner from France's premier dance/pop/rock crossover act.

I dare anyone to say they don't own at least one Primal Scream record. Whether it be from their glorious C86 era, groundbreaking Screamadelica period or new millennium experimental opus XTRMNTR everyone has a favourite. While unlikely to dip into every corner of their immense canon, expect a career spanning set nonetheless, and one that rarely disappoints. If ever.

Copenhagen-based Anders Trentemøller has been mixing and matching genres through the world of electronic music for nigh on two decades now. As well as being a renowned artist and producer in the world of dance music, his work with bands such as The Raveonettes, Mew, Savages, and The Soft Moon has enhanced his status as one of the most sought after engineers around. With a live show that encompasses all of the above and more, no boundary is left uncrossed.

Here's a 25 song playlist featuring many of the artists scheduled to play at this year's event.

For more information on BBK Bilbao, including the full line-up and where to purchase tickets, visit the official website.