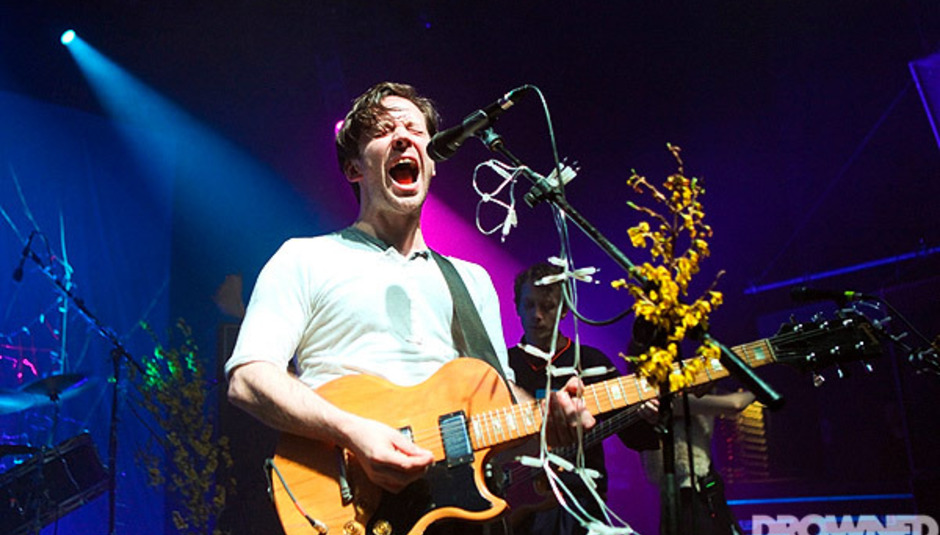 This coming weekend sees the return of Handmade Festival. With the main festival spread across four rooms in Leicester's O2 Academy on Saturday 29th and Sunday 30th April, and its fringe evenst taking place on Friday 28th in The Cookie, Firebug, Guildhall, and Bishop Street Methodist Church respectively, 2017's Handmade promises to be bigger and better than ever before.

Drowned In Sound has its own stage this year for the first time in the ornate confines of Bishop Street Methodist Church. The stage times and running order are as follows:-

In the meantime, here are 10 other acts we're most looking forward to seeing plus a forty song playlist featuring many of the artists scheduled to perform over the course of the weekend.

This Sheffield-based trio have been wowing us with their incendiary take on metallic psych rock this past couple of years. Miss their Saturday teatime set at your peril!

Long-standing favourites of Drowned In Sound and its community, these indie veterans have just released their tenth long player Let The Dancers Inherit The Party and its their most beat-infused offering to date. Expect to hear cuts off this alongside more familiar numbers from their extensive back catalogue.

Another band who've been regulars on this site for many years. Critically acclaimed throughout their career with last year's Painting Of A Panic Attack only adding to their impressive canon. Now they've bagged a well deserved headline slot to close this year's festival with a bang.

All hail the new queens of slacker rock. With elements of Sleater Kinney's wisdom and Fat White Family's carefree nonchalance, this four-piece are leading the way for UK's new breed of lo-fi. Come see what all the fuss is about.

This London-based noise pop trio released their debut LP You Might Be Right on Alcopop! Records last summer. However, it's live where Happy Accidents really come into a league of their own, rivalling the likes of Johnny Foreigner and Los Campesinos! as joyous purveyors of frenetic punk pop.

Arguably the most stylish new band doing the rounds at the minute, but have they got the substance to match? Find out for yourselves as their collision of new romanticism, punk, funk and all things in between looks set to bring Friday's fringe event to a chaotic close.

This Bristol outfit have already set tongues wagging with anyone that's caught their explosive live show, often leaving a trail of destruction in their wake. Comparisons to Sleaford Mods and Future Of The Left aren't wide of the mark, and if their recent performance at Derby's 2Q last month is anything to go by, they'll be one of this weekend's main highlights.

This Nottingham three-piece are currently putting the finishing touches to their long awaited follow-up to 2015's debut Urth. From what we've heard of the new songs in the live set so far, it promises to be a corker.

Currently on a European tour in support of recently released third album The Incessant, expect a mix of angular riffs and driving rhythms from Chicago's finest post punk exports this side of the millennium.

Hailing from Chester, Peaness channel the spirit of early nineties slacker pop with an attitude and style all of their own. 'Same Place' off their new EP Are You Sure? reminds us of Kim Deal fronting Ultra Vivid Scene (which actually happened many moons ago trivia fans) while songs like 'Same Place' and 'Oh George' snarl and bite like an overexcited Jack Russell after a visit from the postman.

Here's a 40 song playlist featuring many of the artists set to perform at Handmade this weekend.

For more information on this year's Handmade Festival, including full stage times and where to purchase tickets, visit their official website.