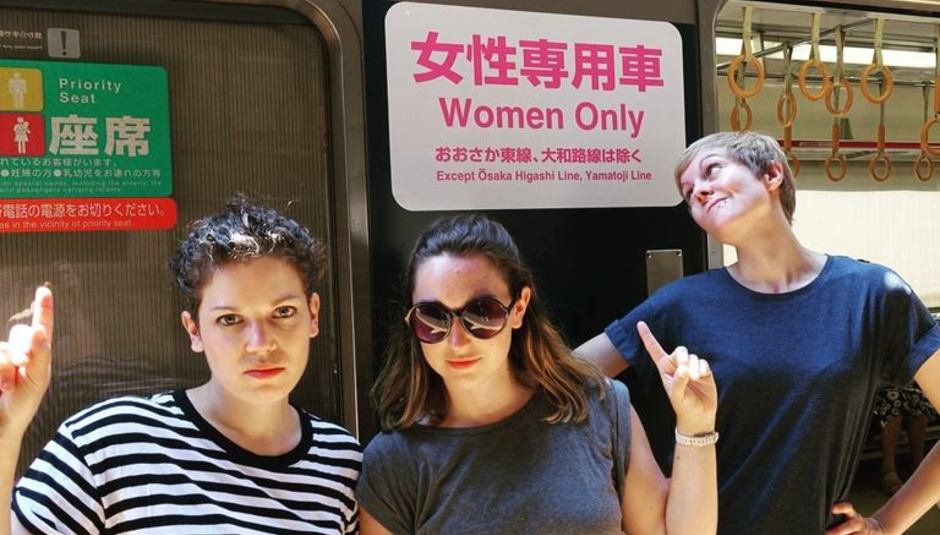 One of our most enjoyable weekends of last summer's festival season took place in Leicester over the early May Bank Holiday weekend. Handmade Festival, called as such because it's one of the few predominantly DIY events still functioning featured some memorable performances from the likes of Los Campesinos!, Big Deal, and Colour Me Wednesday at 2016's event.

So this year, Drowned In Sound is delighted to announce we'll be curating our own stage on Friday 28th April in a church! That's right, our show will be taking place in the ornate setting of Bishop Street Methodist Church which was built over 200 years ago. The line up for the DiS stage is as follows...

No strangers to readers of the site or indeed DiS curated events gone by, having played for us at last year's Great Escape in Brighton. Both 2013's debut Tricolore and its follow-up two years later Etch And Etch Deep amassed a wealth of critical acclaim, and we're literally thrilled to bits that the trio of Sophie, Gemma, and Louise have taken time out from recording their forthcoming third record to headline what promises to be an incredible night of music.

This Leicester-based outfit have also been long standing favourites here at DiS, having played various club nights and festival stages for us over the years. First album The Heritage still remains one of the finest debuts of the decade while the band's subsequent two long players The Quiet Lamb and Navigator further illustrate their propensity to confound expectations and beguile in equal measures.

Another band heavily championed on DiS pretty much from the moment their first demo landed on our desk. This experimental trio fuse the lavish orchestration of bands like Sigur Ros and Wild Beasts with the brutal intensity of Godspeed! You Black Emperor or 65daysofstatic. Their as-yet untitled debut album is out later this year and they've given us something of an exclusive in the shape of forthcoming single 'Havoc', which gets its very first public airing here.

This Derby based five-piece have only been together just over a year with their current line-up, but already their anthemic, shoegaze-tinged atmospheric rock has created waves around the East Midlands thanks to their mesmeric and utterly spellbinding live performances.

Also newly announced are a host of other acts including Goat Girl, Baba Naga, HMLTD, Peaness, Easy Life, Dead Pretties and Neon Waltz which completes the line up for 2017. 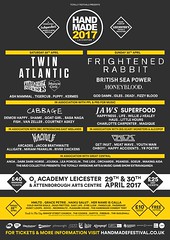 Taking place over the weekend of Friday 28, Saturday 29, and Sunday 30 April at the O2 Academy and various other venues around Leicester. Full line up and ticket information can be found here.