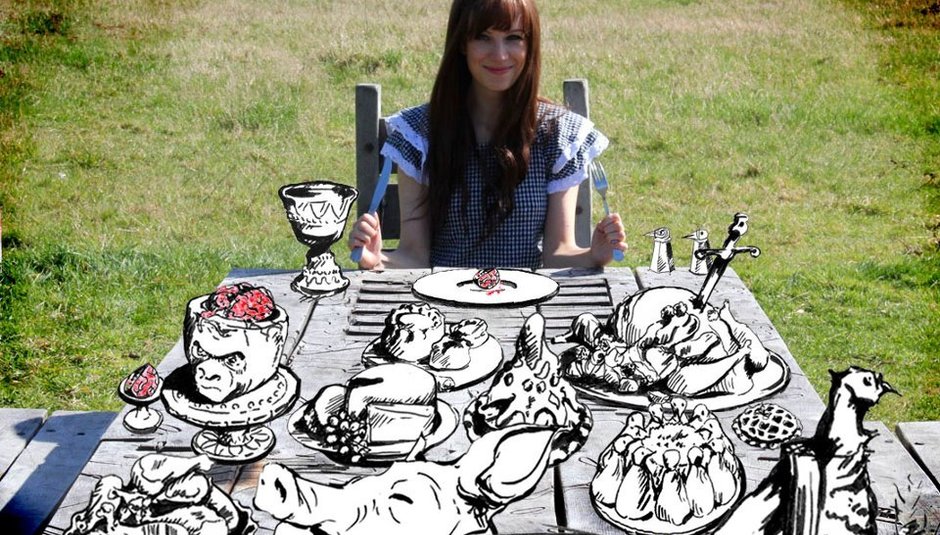 Having been transfixed by her incredible performance at 2014's Indietracks festival, Drowned In Sound has been keeping a watchful eye on Liverpudlian experimental folk chanteuse Laura J Martin's subsequent activities.

Having put out her debut long player The Hangman Tree as far back as 2012, long awaited follow-up On The Never Never dropped in March of this year. Today (Friday 27th May) sees her release a new EP featuring 'I Can't Bear To Feel Myself Forgotten' off the album and two brand new tracks, 'Into The Night' and 'Hour After Hour'.

The video for 'I Can't Bear To Feel Myself Forgotten' was directed by Casey Raymond, who's previously worked with John Grant, Cate Le Bon and DJ Shadow among others. Based on "a portrait of common or garden death anxiety crossed with the usual constantly connected narcissism/self obsession" according to Ms Martin herself, you can watch it in all its prosthetics induced glory below.

In the meantime, Laura J Martin also embarks on a tour to coincide with the release of the EP along with a handful of festival shows, calling in at:-