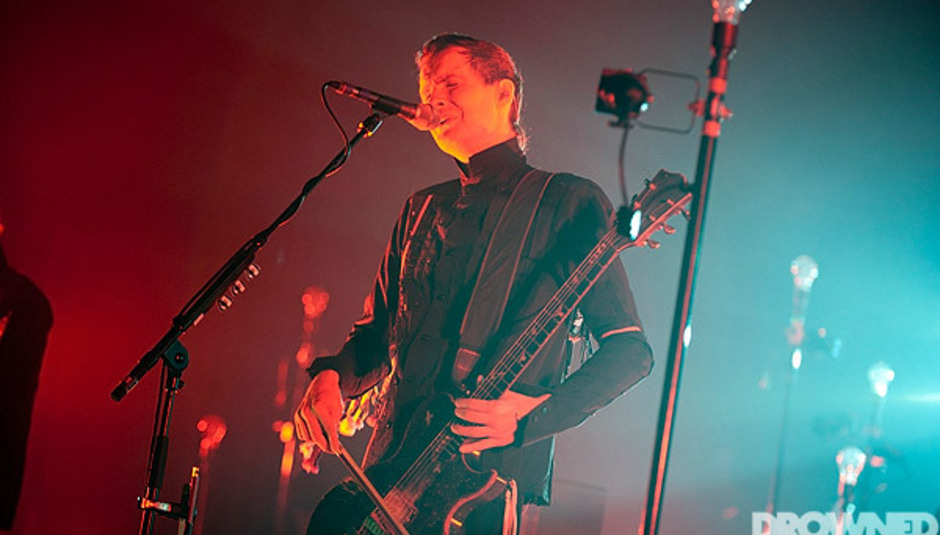 Drowned In Sound heads to Barcelona this week for Primavera Sound. Once3 again a near-untouchable line-up, it's the most attractive musical event of its kind on the summer festival calendar. This year the organisers have pushed the boat out even more than before, having snared Radiohead, PJ Harvey and LCD Soundsystem among an all star cast of impressive acts.

While it's fair to say those three will undoubtedly prove to be the biggest draws of the weekend, DiS has chosen ten other acts we highly recommend you check out.

Having made their long awaited comeback last month before selling out two nights at Camden Roundhouse, the indie legends make their first visit to Primavera Sound this year. Playing the Hidden Stage, which isn't actually all that hidden, their hour-long set should be one of the festival's highlights if those first reunion shows were anything to go by.

It's all been pretty quiet on The Avalanches front for over a decade. Indeed, their only album to date, the critically acclaimed Since I Left You, first hit the streets as far back as 2001. Since then, several attempts at recording a follow-up have been aborted and very little else has happened besides. So it's quite a coup for Primavera Sound to have persuaded the Australian outfit to perform not once but twice this weekend.

Initially a duo comprising of Rudy Tambala and Alex Ayuli, A.R. Kane's experimental dance-infused noise rock predated a lot of shoegaze and dreampop first time around, releasing their first single 'When You're Sad' back in 1986. Having split in 1994 following the release of third album New Clear Child, Tambala revived the project last year with sister Maggie and new member Andy Taylor. They returned to the live stage in Manchester last week for what has been described as 'an epic performance' so it will be a rare privilege to see them in the flesh here.

Arguably one of the most consistent UK bands of the past 25 years. Suede's recent output has been among their best with 2013's Bloodsports and this year's seventh long player Night Thoughts wowing fans and critics alike. They're playing two sets here, the first of which will see them cram 90 minutes worth of greatest hits into one euphoric opening party. While for the second, Suede will perform the most recent album in its entirety. Neither should be missed.

Australian trio Methyl Ethel have emerged this year as one of the most exciting new acts on the planet. Combining dreamy soundscapes with classic rock stylings and the odd 4x4 beat thrown for good measure, they're also one of the most musically diverse outfits to grace our stereos in recent times. Playing the Dayprov Stage as part of the Primavera A La Ciutat programme, they're a legitimately good enough reason to venture out early on Thursday afternoon.

The Venom story dates back over four decades having initially formed in 1979. Said to be one of the first exponents of black metal, this Newcastle based trio have acquired something of a legendary status within their field having been cited as an influence by anyone who's anyone in metal including Metallica and Slayer among countless others. Although frontman and bass player Cronos is the only remaining original member, their set is likely to be one of the most talked about at this year's event.

Sigur Rós have gone on to become one of the most iconic forces in experimental post-rock since their formation in 1994. Each of their seven albums from 1997's Von through to most recent long player Kveikur has seen them break new territory with their sonic textures and ambient sounds. While live they're one of the most mesmerizing acts on the planet. Although long serving keyboard player Kjartan Sveinsson left the band after that last album having played with the band for fifteen years, the remaining core trio of Jónsi Birgisson, Georg Hólm and Orri Páll Dýrason plus their assorted collection of on stage collaborators should ensure their Saturday night headline slot on the H&M Stage is nothing short of epic.

Seattle veterans whose legacy has lived on for three decades. Mudhoney made their name in the late 1980s when Sub Pop Records was still in its infancy. Debut EP Superfuzz Bigmuff is still regarded as one of the greatest releases of that era while their subsequent output has maintained a level of consistency very few bands can aspire to over a similar period of time.

Now eight albums into their career, Swedish progressive psych rockers Dungen released possibly their finest last year in the shape of Allas Sak. Fusing traditional elements of psychedelic folk with experimental passages and meandering song structures, they've never been ones to rest upon their laurels and play things safe when they could have taken the easy option. Live shows are few and far between these days, so it goes without saying they're one of our must see picks for this weekend.

Having reemerged earlier this year with long awaited third album Pussy's Dead, Californian trio Autolux make a welcome return to the live arena at Primavera. Sonically more experimental than either of its predecessors, if the new record is a benchmark of what's in store expect the unexpected.

Full stage times for Primavera Sound can be found here.