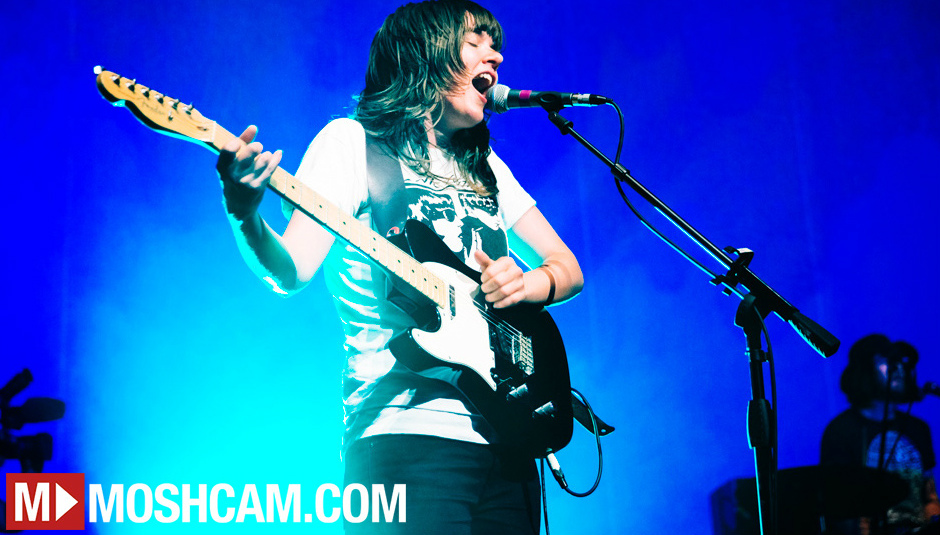 In contrast, today we're very excited to premiere this somewhat more intimate hometown performance, which was captured by our friends at Moshcam back in May.

It's been a big year for the Australian songsmith, and her sold out hometown show at Melbourne’s beautiful Forum Theatre was more than a homecoming. It was a consolidation of a few years of being on the cusp of success which seems to have finally come. With her eloquent tumble of words about nearby streets and local characters, the magic of this performance is that it's more than some gig in a place where she grew up.

Without further ado, grab a cold tinny from the fridge, pop your feet up, and enjoy the show...

If you enjoyed that, check out Courtney Barnett at one of her many upcoming tour dates via her website.

Purchase Courtney Barnett’s critically acclaimed debut album ‘Sometimes I Sit and Think, and Sometimes I Just Sit’ via her own label, Milk! Records.

Moshcam, the world’s home of live music video, have filmed over 1000 gigs in the last few years. From Alabama Shakes, to Slash, PJ Harvey and Hot Chip, and in some of the world’s best venues too! You can stream live music until your heart’s content for free at Moshcam’s website.