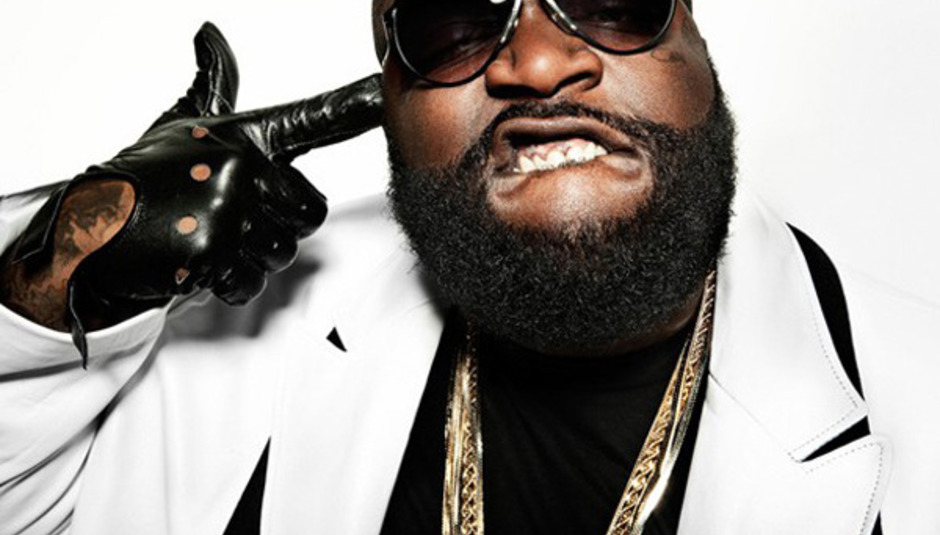 There's a day for everything, so of course there is now a World Beard Day. To celebrate tomorrow's 'big day' for facial hair lovers, DiS asked beard connoisseur Scott Hutchison of the band Frightened Rabbit - who have a new Woodpile EP out this week - to list his favourite beards in music...

There was a time when a man had a beard all over his body. That was years ago of course, when the male of the species also dragged women about by the hair and used birds’ beaks to play LPs. Step forward millennia later and we no longer drag women by the barnet and the invention of the stylus has made those poor, big-beaked birds’ lives significantly easier. But the beard remains, if in a more refined form.

Sure, there was a dip in the middle section of the last century, and again in the 1980s - the decade during which men got really good at looking like women - but walk down the street in any hip neighbourhood today (if you fucking must) and ye shall find thee a beard a-wandering down it. And these days, instead of denoting ultimate masculinity as it once did, it appears that sporting a beard speaks of the wearer’s creativity, thoughtfulness and vintage leather satchel collection.

This does, of course, depend on the beard itself. If there’s a plait in it - steer clear. Goatee? Ditto, this man is a prick. But if the beard is a soft, well-kept face item worn with pride, go up and give it a stroke and maybe a biscuit if you have one. Why else would we bother growing it out if not for the biscuits?

So, to celebrate World Beard Day, here are my top 10 beards in music...

A really fine example of a ‘sensitive’ beard. Similar in shape and size to any member of ZZ Top's (we’ll probably get to them later, won’t we?) but used to very different effect. Josh’s beard casts him into timelessness, as if he could have come from any of the last 5 centuries. It also shows that he’s a right lazy beggar, which is the real reason anyone 'decides' to grow one.

Similarly timeless and equally celebrated, Sam’s beard is a classic southern type. Real glad to meet you, but with a dark glint in its, erm, ‘eye’. Sam was one of my beard idols back in the day, when I still had gaps in the growth. Soundgarden’s silent guitar slinger has always sported a beard that speaks of mysticism beyond our ken. It is the beard of a desert magician. It has probably been plaited once or twice, but we’ll let him off because, y’know, Superunknown and all that... Aye aye Rick’s a bit of a cock and stuff, but he has got a really super beard. This is a King’s example, the mask of control. Maybe he’s also got quite bad skin which is another legitimate reason to get it started early. Ben has, after a few shaky years off the hairy wagon, now returned to the fold with a real cracker. Ben’s beard is a bit like him, ragged but honest and full of heart. I think you tend to find that the condition of a man’s beard often reflects his personality. But, like I said before, the trait most often displayed by a dense growth is sheer idleness. I don’t think idleness was the motivation (or lack thereof) behind Kenny’s gentlemanly splendour. I once heard the hard-workin’ song-slinger say in an interview that he shaved it off at one point, and was utterly terrified by his own face. I learned that lesson too, when an ex girlfriend ceased to find me attractive without it. So, it stays. The production buddha. This is a beard of wisdom and how could it not be? The man has conquered multiple genres of music, and achieved a great deal without actually appearing to do a hell of a lot. A beard itself can command quiet respect and admiration, but you have to have the goods to back it up. Rick’s got the goods.

This is less like a beard and more like a balaclava. Kyp’s hairy face tells us of an uncontrollable creativity. It does literally look like his head has exploded, and boy do I wish mine looked like that. One of the original rock beards and one of the best. It was a peaceful, though occasionally morose looking beard. If Kyp’s is an explosion, George’s was a waterfall. Yes, a hairy waterfall of dreams and rainbows. You may not know who Ryan is, but he’s definitely got one of the best beards in music. Ryan is our brilliant guitar tech, and he has a big ginger chinchilla clinging to his face. Children could live comfortably within it, and I still don’t really know how he gets food in his mouth. If you see him at one of our shows, give him a stroke and a biscuit! Frightened Rabbit's new Woodpile EP is out this week. The lead track is taken from the band's new album Pedestrian Verse, which is out now. Scott has also spoken to Build-a-Beard about his beard, and drew his own 2012 beard calendar.

"I saw him open up for Bill Callahan and it destroyed me."